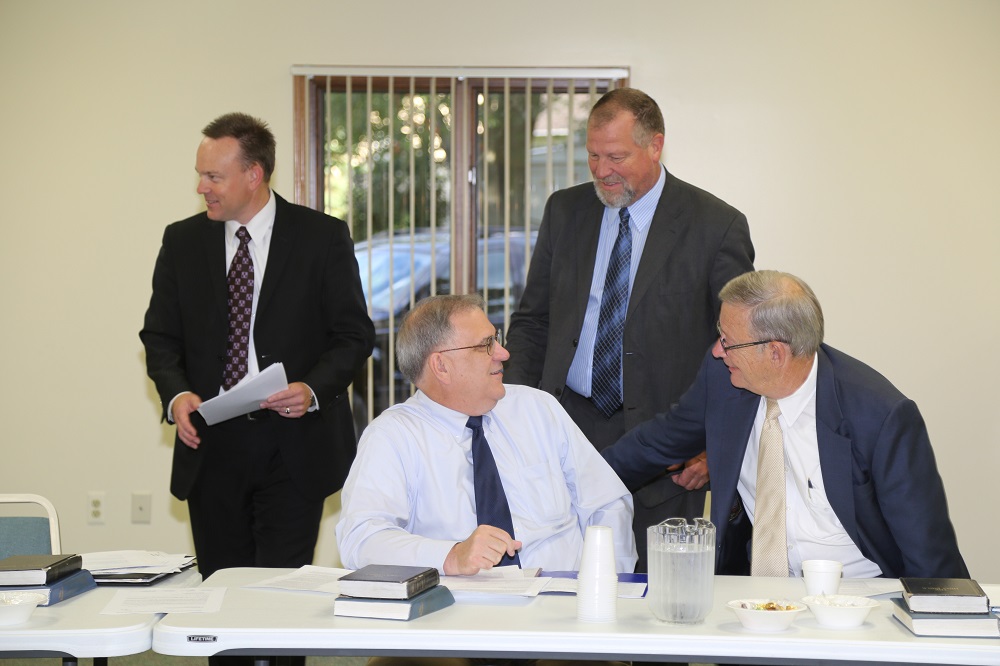 The PRC Synod completed its work on Friday, June 12, 2015. Below is a summary which the 2nd clerk, Rev.A.Brummel, put together for information.

For a complete record of Synod 2015's decisions look for the published Acts of Synod in the next few months.

More Contact Committee Matters: Synod approved the CC once again sending visitors to NAPARC and granted them an extended deadline regarding the mandate of Synod 2014 “to study and recommend what guidelines synod would follow to determine whether and how to participate in an ecumenical council of churches.” Synod approved the request of the CC to send a delegation to Namibia and South Africa in 2016 in response to an invitation from two consistories. Synod referred the matter of the Free Reformed Church Publication Committee request that we appoint three men to an interdenominational Psalter Revision Committee back to the CC to bring a detailed, grounded recommendation to Synod 2016. In the interim synod authorized the CC to appoint 3 delegates to attend the meetings making clear that our involvement is on an interim basis, and report this committee’s work to Synod 2016.

Synod approved an exception to the By-Laws of the PRC regarding the division between Classes (VI.B) by allowing Peace PRC the right to remain in Classis West should the congregation move across the Classical boundary into Indiana in the future.

Synod expressed itself in favor of some formatting changes to the catechism books and declared that the implementation of those changes belongs to the work of the Stated Clerk, not the Catechism Book Committee, instructing the CBC to make the Stated Clerk aware of inconsistences in uniformity.

Synod noted that the sale of the parsonage in NI has been finalized.

Synod expressed deep gratitude to God and presented plaques of tributes of thanksgiving for Mr. David Ondersma (13 years as treasurer) and Mr. Don Doezema (20 years as stated clerk), both of whom are retiring from their respective positions after synod.

All the emeritation requests were approved as were the subsidy requests after careful evaluation. The work of the Student Aid Committee was approved.

Hope PRC- Walker, MI was informed that synod did not need to approve their request for collections from the churches for their Myanmar Fund because they have the right to do this without synod’s approval.

Synod approved a recommendation of the Theological School Committee to begin the transition plan for the replacement of the current faculty in 2017 with subsequent appointments in 2019 and 2021. Approval was given for the relocating of the seminary driveway, resurfacing the parking lot, and bringing in city water. Synod approved the recommendation of the TSC regarding live streaming of student examinations when feasible, reserving for itself the right not to do this any given year. No permanent record will be retained of those exams. Three students were admitted to the seminary for next year- Mr. Matthew Kortus, Mr. Jacob Maatman, and Mr. Darrin Vink. Synod expressed gratitude to the professors and support staff of seminary for their work.

Synodical assessments were slightly raised to $790 for each family in the denomination.

Synod adjourned Friday at 5:00 pm ET. The chairman, Rev. Key, offered a prayer of thanksgiving for the unity that prevailed during the deliberations of synod and asked God to use the decisions for the good of the church of Jesus Christ. 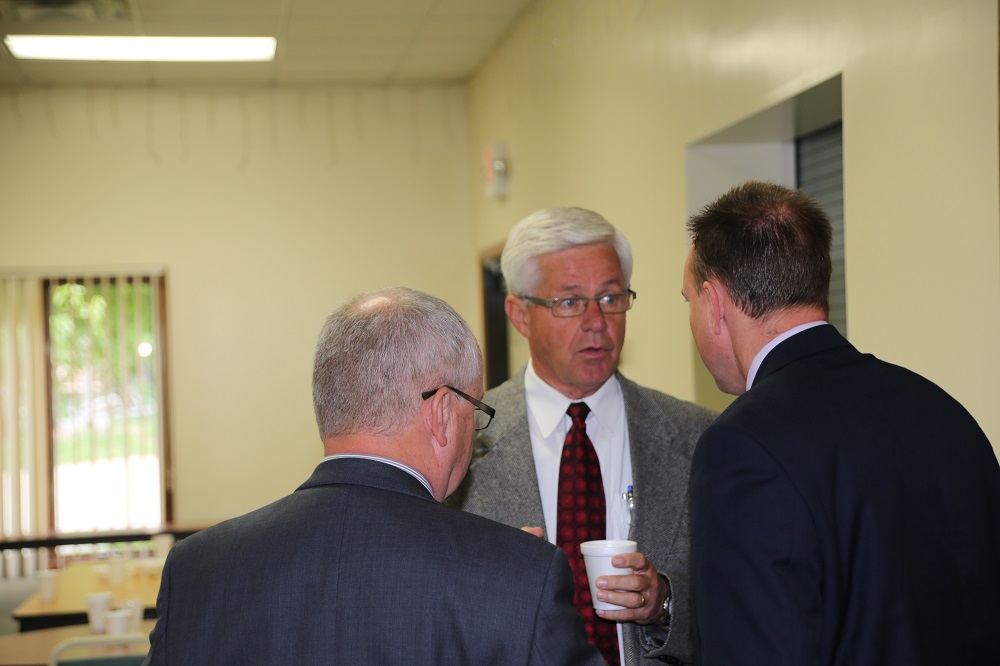