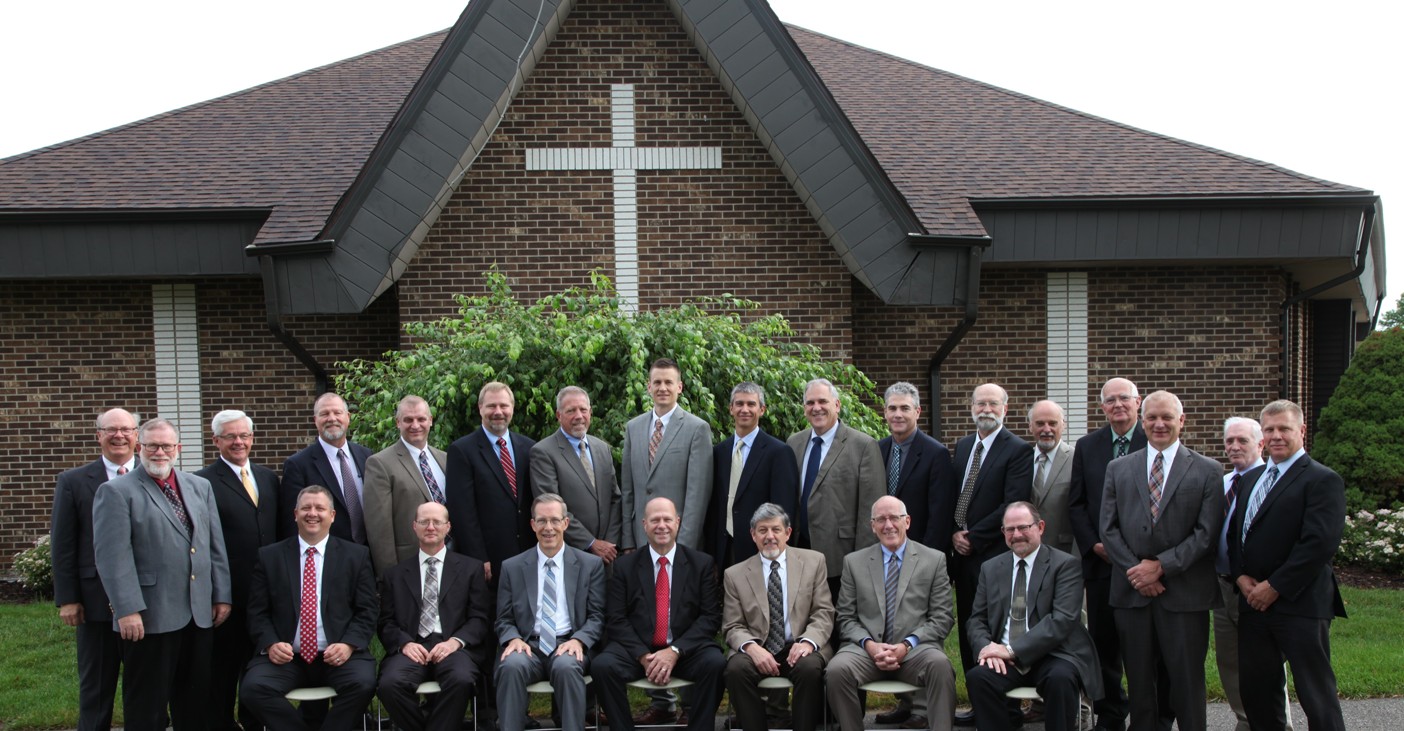 The following report from day four of the PRC Synod 2017 is furnished by Rev. C. Spronk, second clerk.

SISTER-CHURCH RELATIONSHIP APPROVED!
The highlight of today’s work was the approval of a sister-church relationship between the Protestant Reformed Churches in America and the Protestant Reformed Churches in the Philippines! We give thanks to God for the mutual love that our denominations have for the
truth of God as confessed in our churches. We look forward to the rich blessings we will enjoy in a our mutual encouragement and oversight of each other.

Synod began the day considering the report of the Student Aid Committee. The committee reports that the student assistance fund has a balance of $163,649.29. Synod approved the recommendation to request each congregation take one collection for this fund.

Synod then turned to the report of the Contact Committee (CC). We give thanks to God for all the opportunities that He has given our denomination to interact with other churches through the CC. Synod approved the CC’s work with the following congregations and denominations:

• The Covenant Evangelical Church in Singapore
• The Evangelical Presbyterian Church in Australia
• The Covenant Protestant Reformed Church in Northern Ireland
• The Bekennende Evangelisch-Reformierte Gemeinde of Giessen, Germany
• The Protestant Reformed Churches in the Philippines
• The Korean Presbyterian Church (Koshin)
• Gereformeerde Kerke in Nord Afrika (a newly formed denomination consisting of five
congregations that left the GKSA).
• There are also some individuals with whom the CC has contact in South Africa.

Last year’s synod adopted a policy for the CC to use in evaluating the possibility of participating in or joining ecumenical councils. The CC applied this policy to the North American Presbyterian and Reformed Council (NAPARC) and recommended that our denomination not apply for membership in this council. Synod approved this recommendation and mandated that the CC send observers to the November 2017 meeting of NAPARC with the following mandate:

a. Although NAPARC shows a level of commitment to the confessions, which is evident from their actions of removing the Christian Reformed Church, yet the council does not manifest a sufficient commitment to the confessions. This is evident from their allowance of member denominations who have exonerated those who embrace the teaching of the Federal Vision and their allowance as member denominations those who teach a doctrine of creation that does not interpret literally the Genesis creation account.
b.Although NAPARC does address some of the matters that divide its member denominations, according to our observers, there has been little to no discussion during plenary sessions of the threat of the teachings of Federal Vision, especially in the denominations in which officebearers have been accused of teaching this heresy.

We are thankful to God for all of the people who serve our denomination. Today Synod expressed its appreciation for the work of:

Synod approved the emeritation request of Rev. Tom Miersma. The chairman noted that Rev. Miersma spent many years serving as a missionary for our denomination as well as a pastor in our churches in Classis West.

During the Contact Committee Report regarding the Covenant Protestant Reformed Church of Northern Ireland (CPRCNI) synod received a report from the CPRCNI’s Elder Brian Crossett. Brother Crosset reported on the spiritual health of the congregation in Ballymena and of the mission group in Limerick, Ireland. At the end of our session today synod bid farewell to brother Crossett, wishing him safe travels home and God’s blessings on the saints in Northern Ireland and Ireland. Brother Crossett also told the joke of the day: “There are three kinds of people: people who can count, and people who can’t.” This helped get the otherwise sober delegates to smile during the synodical photo session.

Synod accepted the invitation of Byron Center PRC to host Synod 2018 that is to convene on June 12 at 8:00 AM.

Synod 2017 will not meet in session tomorrow [Saturday]. But you can be sure that some of the committees of pre-advice will be working away to finish their advice. Synod will reconvene as a body Monday morning at 8:00 AM.

Below are pictures of this year's synodical officers and committees: 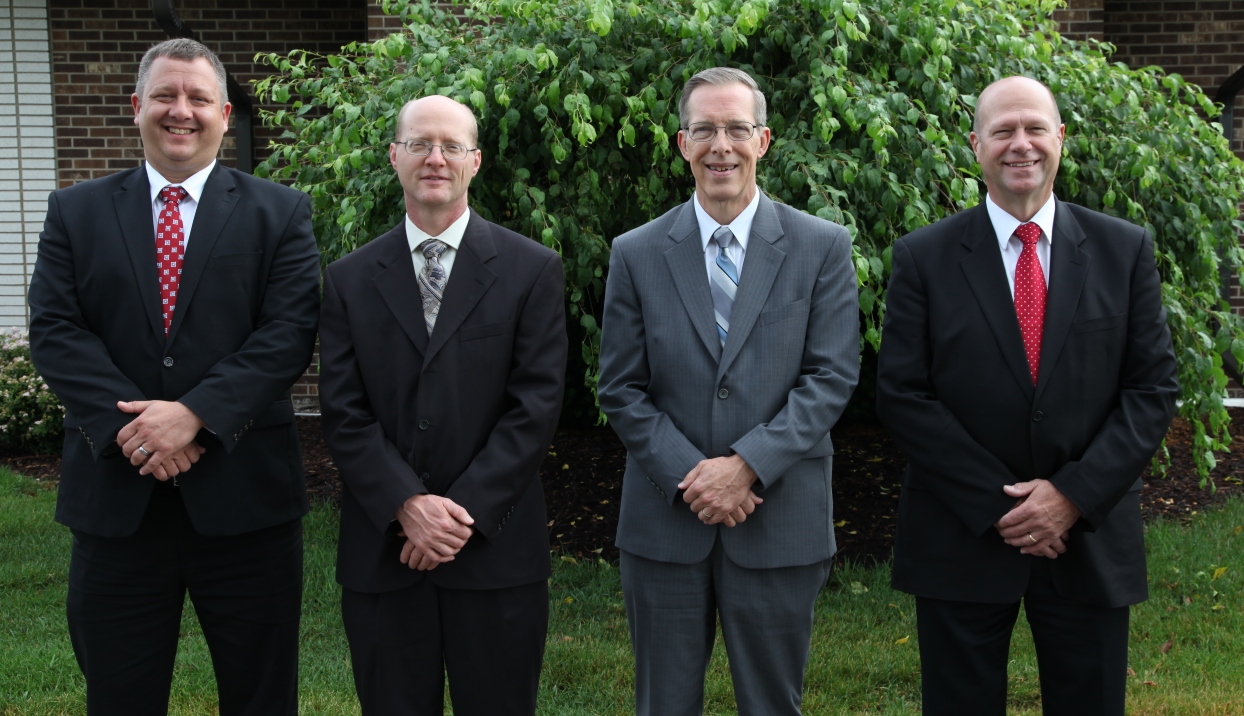 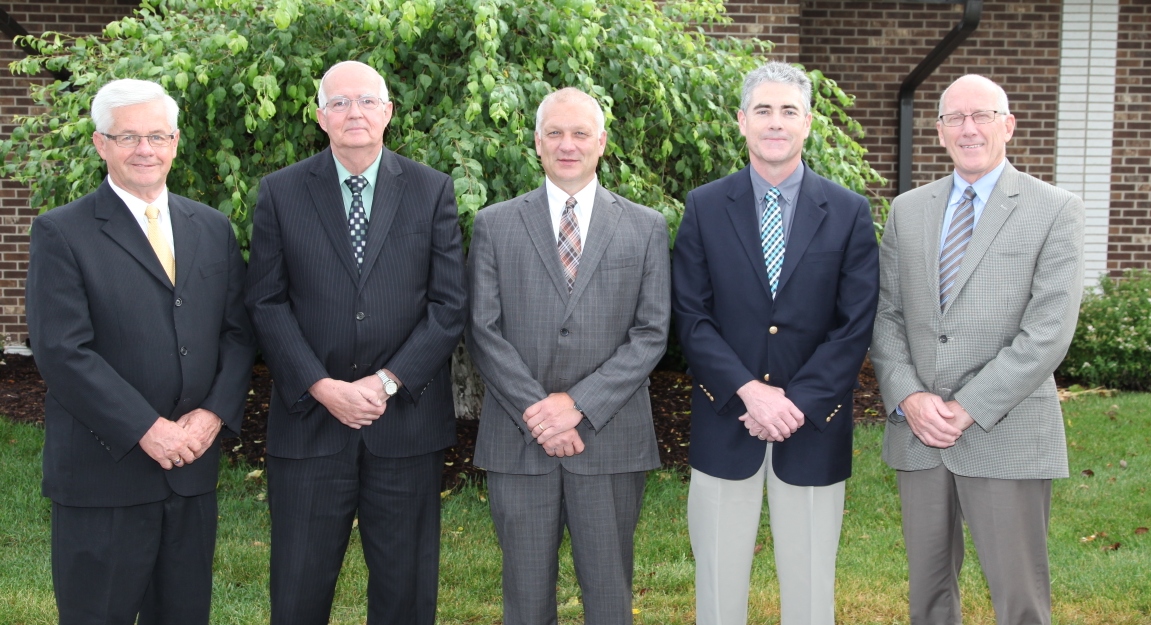 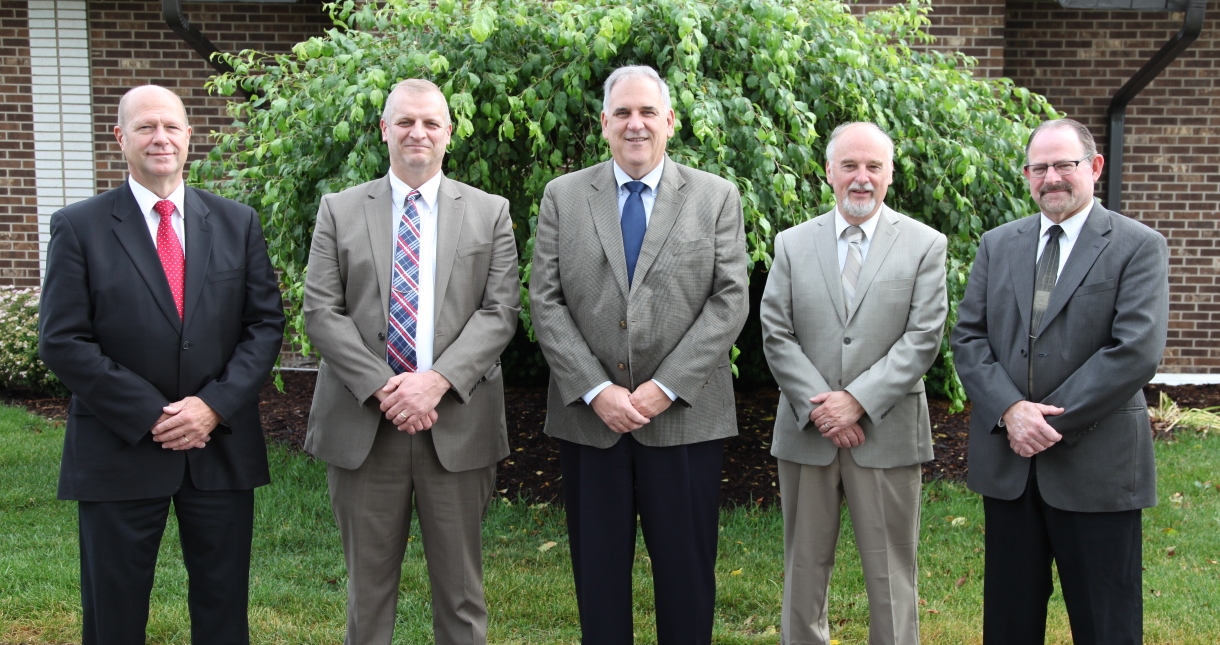 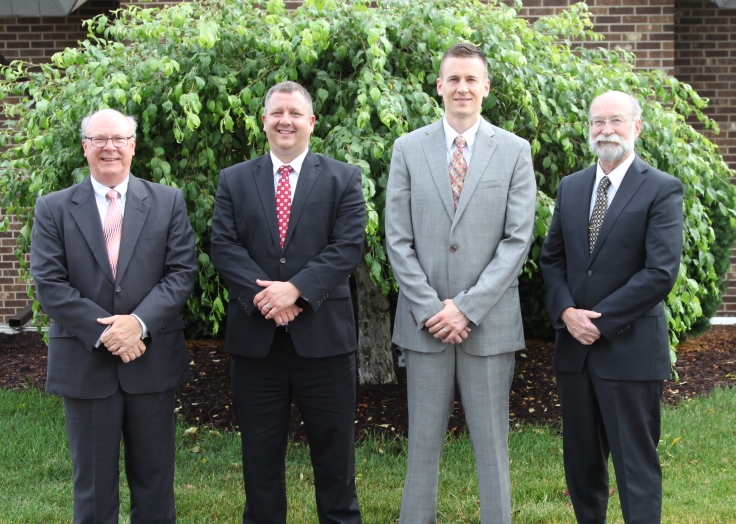 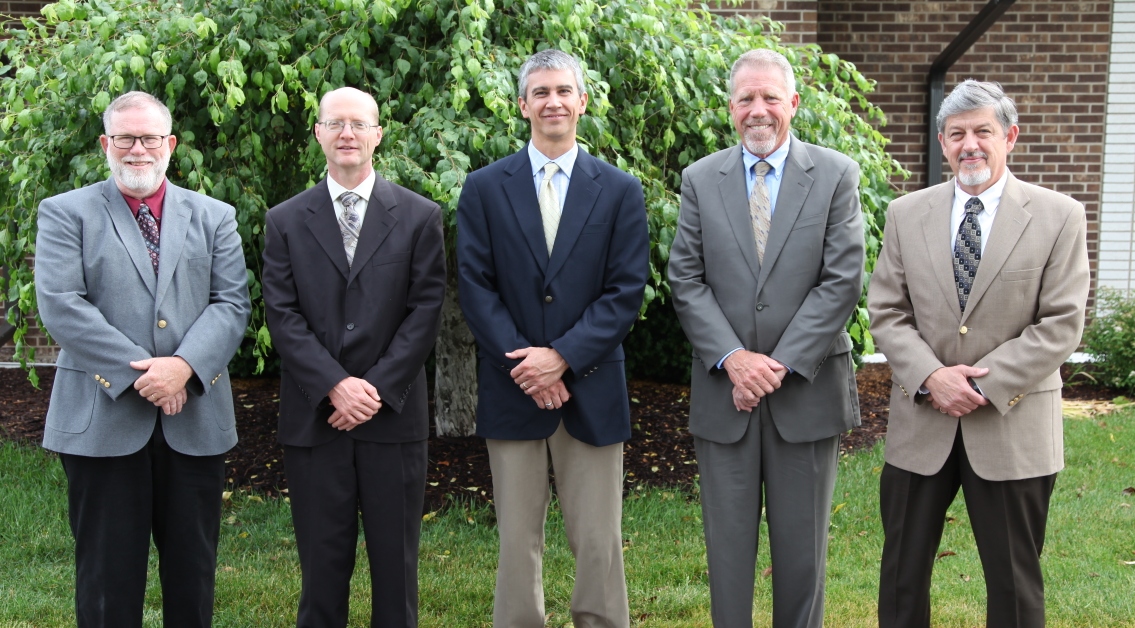