After allowing extra time for her committees to draft advice, the 2021 PRC Synod returned to its work on Tuesday June 15 at noon (not at 8 a.m. as previously decided).

The delegates and visitors (now a maximum of 60) are now meeting in the fellowship room of Georgetown PRC. 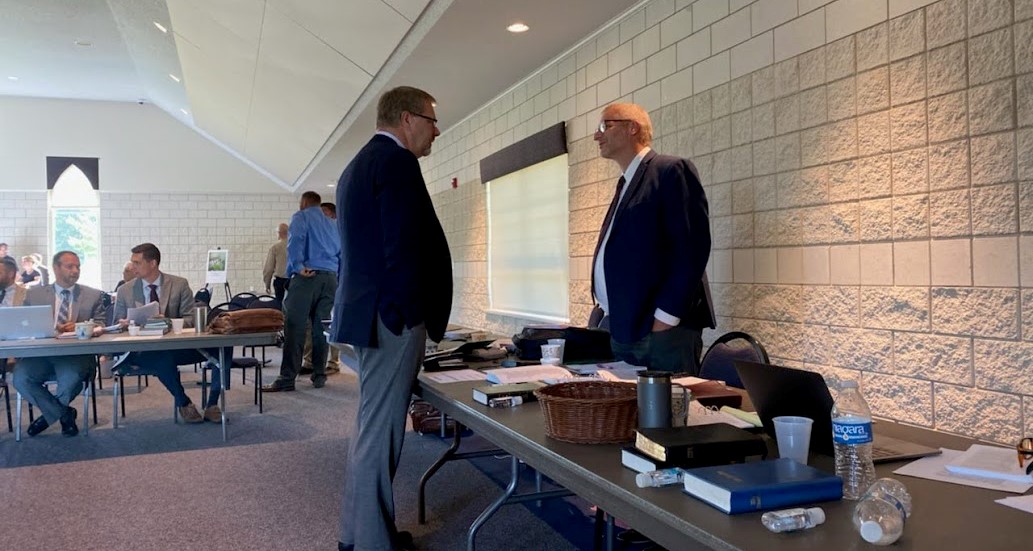 Much of the work today involves treating protests and appeals. May the Lord give wisdom to the delegates as they discuss and decide on these matters. 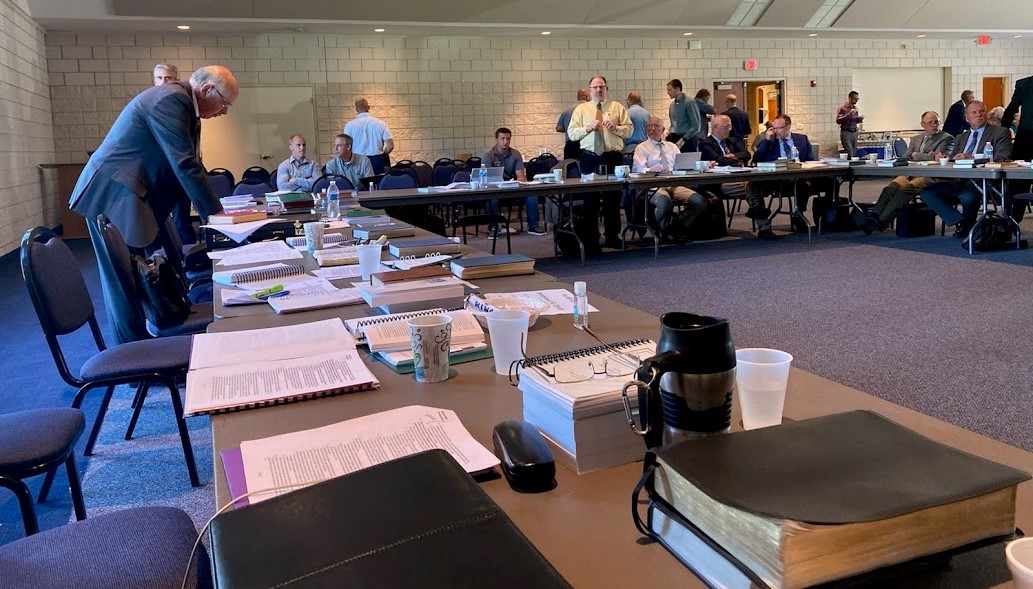 Let us remember to pray for the body in all its work, asking for the guidance of the Holy Spirit and faithfulness to the Word of the Head of the church, Jesus Christ.

Here is the public report to the churches on today's work:

Report of Day 5
Synod of the Protestant Reformed Churches in America June 15, 2021

Synod had initially planned to assemble again this morning, but, due to committees of pre-advice needing more time to prepare advice, it did not begin meeting until noon.

Synod began the work of the day by rescinding a previous decision to declare a letter from a consistory not legally before it. Synod declared the letter legally before it because the letter addresses several slanderous allegations made against the consistory by a protest included in the agenda. Synod decided to publish the letter in the printed Acts to set the record straight in a matter that has been made public even beyond the realm of our churches.

Synod also treated the protest of an individual who objected on procedural grounds to Classis East’s concurrence to depose this minister. The protestant argued that the work was not finished at the level of the consistory, that another consistory called in to render judgment on the case was not the nearest consistory, and that officebearers he believed to be conflicted were permitted to advise, deliberate, and render judgment in the case. Synod did not sustain the individual’s protest.

Synod worked until around 8:30 tonight, and will meet again tomorrow morning at 8:00 AM, the Lord willing.