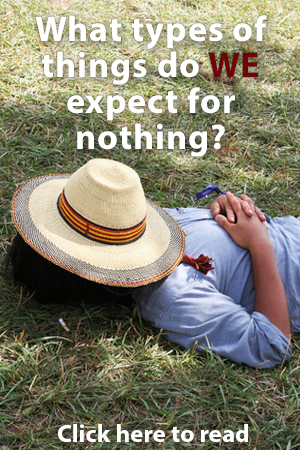 What types of things do WE expect for nothing? Click here to read more.

More in this category: « The Christian Family: The Role of Husband and Father Godliness With Contentment »