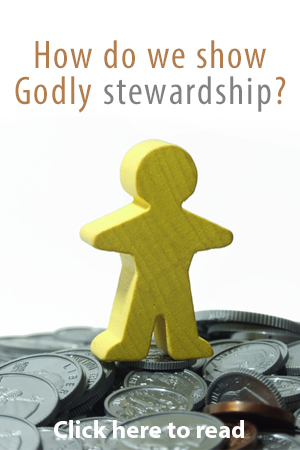 How do we show Godly stewardship? Click here to read this article by Rev. Cornelius Hanko

Rev. Cornelius Hanko was born to Herman and Jennie (nee Burmania) Hanko on May 19, 1907 in Grand Rapids, Michigan.  He received his heartfelt desire when the Lord in His mercy took him to glory on Monday, March 14, in the year of our Lord 2005.
Rev. Hanko was baptized in the Eastern Avenue Christian Reformed Church.  During the common grace controversy in the 1920s the Hanko family followed Rev. Herman Hoeksema and the majority of the consistory of Eastern Avenue in their polemic against common grace and their advocacy of one, sovereign grace of God for the elect in Christ Jesus.  The Hankos thus became charter members of the First Protestant Reformed Church in Grand Rapids, Michigan when the Eastern Avenue Protesting Christian Reformed Church, her pastor and consistory, were cast out of the CRC in 1926.  Rev. Hanko, therefore, was the last of the PRC clergy (and perhaps of the entire membership of the PRC) to have had direct, personal contact with the events of 1924–1926 that led to the formation of the Protestant Reformed Churches.
Already in his teenage years Rev. Hanko had his eye on the ministry.  His first inclination was to be a missionary.  That never happened, because the Lord called him to the pastoral ministry for his entire career.  Rev. Hanko began his studies for the ministry under Revs. H. Danhof, H. Hoeksema, and G. M. Ophoff.  He graduated from the seminary in 1929 with five other men (four of whom left the PRC in the split of 1953 and one of whom left the PRC in the early 1960s.  All five of these eventually became ministers in the CRC).
After graduation from the seminary Rev. Hanko and his bride Jennie (nee Griffioen) made their way to Hull, Iowa PRC, in which church Rev. Hanko was ordained a minister of the Word and Sacraments in the PRC.  God blessed Rev. and Mrs. Hanko with four children, all of whom are members of the PRC:  Rev. Herman C. (married to Wilma Knoper), Professor Emeritus of Church History and New Testament in the Protestant Reformed Theological Seminary; Fred (married to Ruth Miersma), who gave his working life to the Protestant Reformed Christian Schools (Adams Street in Grand Rapids, where he was my ninth grade teacher, Northwest Iowa in Doon, where he taught with my wife, and Hope, Walker, Michigan); Elaine, widow of Richard Bos; and Alice, who cared for her father in his later years.
In addition to the Hull PRC, Rev. and Mrs. Hanko served in the following Protestant Reformed Churches:  Oaklawn, Illinois (1935); Manhattan, Montana (1945); First, Grand Rapids, Michigan (1948); Hope, Redlands, California (1964); and Hudsonville, Michigan (1971).  After becoming emeritus in 1977, Rev. Hanko remained active for a number of years, preaching and teaching in the churches and preaching two services per Sunday in Florida during the winter seasons.
His years in First Church were difficult ones for Rev. Hanko because of the controversy that resulted in the split in First and in the denomination in June of 1953.  The controversy involved the doctrine of the covenant.  The majority of the congregation of First and of the members and clergy of the denomination embraced the covenant view of Dr. Klaas Schilder (conceiving of the essence of the covenant as consisting of a conditional promise made by God to every baptized child).  These left our churches.  During these years, while never compromising the truth of an unconditional covenant of grace and friendship established unilaterally by God with His elect in Christ Jesus, Rev. Hanko never lost a certain healthy balance in his preaching and teaching in First Church.  He simply did his work by the grace of God, preaching, teaching, and caring for the flock of God as best he was able.
During his years in First Church, which numbered more than five hundred families before the split in 1953 and ca. 200 families after the split, Rev. Hanko had my father as one of his co-laborers in the consistory.  They became good friends.  The Hankos and the Deckers regularly visited together.  It was through this contact that I got to know Rev. Hanko on a personal basis.  It was during Rev. Hanko’s years as pastor of First that I was a student at Calvin College, then located on Franklin Street in Grand Rapids just a short block away from the parsonage occupied by the Hankos.  Not infrequently, I would walk from class at Calvin to the parsonage with my questions.  Rev. Hanko patiently answered these questions from Scripture and the confessions and would then offer prayer.  Rev. Hanko was used by God, together with my parents to keep me in the PRC as a member and later as one of the churches’ pastors.  I also had the blessed privilege after October 1, 1965, the date of my ordination as pastor of the Doon, Iowa congregation, to labor for a few years with Rev. Hanko as a colleague.  We younger pastors in Classis West leaned heavily on our older, experienced, and competent colleague, learning much from his godly example.
During his pastorate in Hudsonville, Michigan the Lord delivered his beloved Jennie from her suffering into glory.  I remember sitting with Rev. Hanko in the ICU waiting-room at the hospital, when he remarked, “Part of me is dying in there.”  Now Rev. Hanko, having died in the Lord, enjoys God’s fellowship in Jesus in glory as well.
We thank God for giving our churches this gifted and faithful servant and for using him for the edification of the churches for the years of his lengthy ministry among our Protestant Reformed Churches.  That in the years to come these churches may follow the example of our beloved brother, Cornelius Hanko, and “…earnestly contend for the faith which was once delivered unto the saints…” is our fervent prayer (Jude : 3b).
Soli Deo Gloria! (Written by Rev.Gise Van Baren)