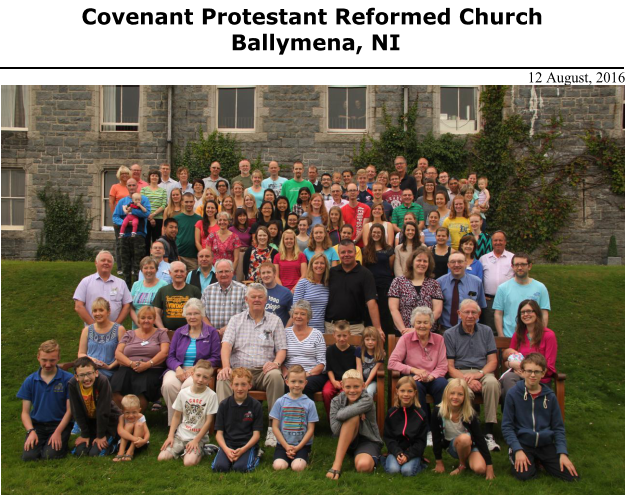 The fourteenth biennial British Reformed Fellowship (BRF) Conference was definitely the biggest (and many would say the best). A total of 125 people stayed at the conference centre at least one night, with the vast majority of them there for the whole week (16-23 July). On top of that there were a record 47 day-visitors. Some came for a lecture or two or more, with one family camping only a few hundred yards away for five days of the conference.

This was also our most international conference, with saints from Northern Ireland (44), USA (41), Singapore (12), England (6), Wales (6), Australia (4), Republic of Ireland (4), Canada (4), Hungary (3), and the Philippines (1). Does this make it the most catholic meeting led by Protestant Reformed ministers?

The subject was a great one: “‘Behold, I Come Quickly’: The Reformed, Biblical Truth of the End.” Prof. David Engelsma's three main speeches treated the Lord's second coming and the precursory signs, the Antichristian kingdom and the beast from the sea (Rev. 13), and the two witnesses in Revelation 11. Rev. Andy Lanning covered the rapture and Antichrist, Christ's coming as a thief and the great apostasy, and living in the light of the final judgment and life eternal. Our two main speakers also delivered the Sunday sermons: “The Hope of Creation for Christ's Coming” (Rom. 8:19-22) and “Methuselah” (Gen. 5:25-27), respectively.

Rev. McGeown provided the opening address: “Disorderliness and the Second Coming of Christ” (II Thess. 3). Pete Adams, East Side's retired Christian school principal and an elder at First PRC in Grand Rapids, delivered a Sunday afternoon speech on “The Renaissance and the Reformation,” highlighting their eschatological implications. I delivered the special lecture on “Dispensationalism, J. N. Darby and Powers-court.”

There were also the two day-trips. First, we had a guided tour of the Queen's official residence in Northern Ireland at Hillsborough, plus the gardens, fort, lake, and village. The second day-trip marked the first BRF conference trip to the Republic of Ireland, which took in the Battle of the Boyne (1690) site at which William III, Britain's only Dutch king, was victorious, and the largest Norman castle in Ireland at Trim, dating back to the 1170s. Those on one of the coaches for the latter trip learned about the 99-foot granite obelisk erected in Rostrevor to Major-General Ross, the Northern Ireland man who burned down the White House two centuries ago.

The conference centre itself was beautiful: a Victorian castle above an 80-acre lake in about 1,300 acres of forest. The gorgeous view out the main lecture room also included the Mourne Mountains in the distance. To crown it all, the weather was glorious: sunny and warm (at least, for us!). Especially in the first part of the week, people were buying and applying sun lotion! The Lord gave us the best weather of our summer.

But I have only provided you with the “bare bones” of the conference. The fellowship, the friendships, the discussions at meal times, the singing of Psalms in the evening—all and more were important parts of the week.

At the Biennial General Meeting, Prof. Engelsma and Rev. Lanning were unanimously voted back to be our two main speakers at the 2018 conference. The chosen subject is the family. The venue is to be Hebron Hall in South Wales. Brian and Sian Harris, who live in that area of the United Kingdom, will arrange the two day-trips. You are warmly invited to join us in the principality of Wales on 21-28 July, 2018!

Before and After the Conference

The evening before the conference, we hosted a barbecue at the manse, as a sort of welcome to the international visitors to the conference and a get-together including the saints in the CPRC and friends of the congregation. With people from as far west as Virginia Beach and Spokane and as far east as Manila and Brisbane, there were 99 people present. 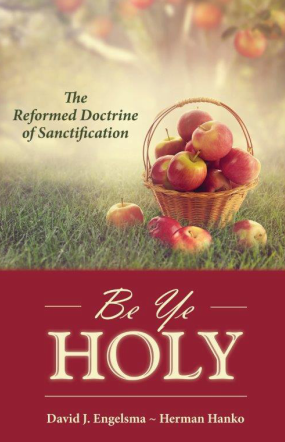 Several visitors from the Grand Rapids area brought with them copies of the two new RFPA titles (God's Goodness Always Particular by Herman Hoeksema and A Spiritual House Preserved edited by Cal Kalsbeek) plus the excellent new BRF book, Be Ye Holy by Profs. Hanko and Engelsma. This work consists of the speeches of the previous BRF conference in Scotland on sanctification. We sell it for £5 and, though we have had it in stock for only about a month, it has already become our best-selling title in 2016.

Most of the people at the conference stayed in the Ballymena area for at least a couple of days afterwards, either with members of the CPRC or in other accommodation. The saints here did not have enough spare beds and air mattresses for everyone!

The church building was well filled for the two Lord's Day services led by Rev. Lanning (24 July). This was the first time the minister from our sister congregation, the Covenant Evangelical Reformed Church, has preached for us. It was good for our people to fellowship
with him and his family and other saints from Singapore, as well as with our sister churches in North America. After the evening service, we had tea upstairs.

The videos of all the speeches and the question and answer sessions can be watched on the CPRC YouTube channel (www.youtube. com/cprcni). They have already received a good number of hits. At the time of writing, the audios of the lectures should be online very shortly. Both the videos and the audios will soon be available via the BRF website (www. britishreformed.org).

Attractive box sets of the conference are being produced in both CD and DVD. Including postage, the cost is £12 for those in the British Isles and £15 for everyone else. E-mail me if you are interested in buying the box sets (This email address is being protected from spambots. You need JavaScript enabled to view it.).

The youngest member of the CPRC is now Sophie Lyn Crossett, the daughter of David and Kristin. Four members of Kristin's family and Trinity PRC were present for the happy occasion of the baptism (10 July).

Mrs. Callender, our oldest member, recently had open heart surgery to replace a leaky valve. The operation has been successful and she is recovering well by God’s grace.

The last couple of months have seen 23 new translations added to our website (www.cprf. co.uk/languages.htm), including 9 Spanish, 8 Indonesian, 5 Hungarian, and 1 Portuguese. The last is a translation by a Brazilian of Prof. Engelsma's fine book Christ's Spiritual Kingdom, published by Hope PRC in Redlands, CA. This is an important work to get online to set forth the truth regarding the end times against the postmillennial reconstructionist ideas which swirl around in parts of Brazil.

The Bible's teaching on leprosy is the subject in our current Tuesday morning classes. Recently we concluded a 10-sermon series on “Complete in Christ” (Col. 2)—a beautiful and comforting subject!

Though we have been very encouraged by all of the visitors and the activities, it is im-portant always to remember that the service of the Lord is not about numbers and admits of no triumphalism. He is the God of the still, small voice who dwells with him who is of a humble and contrite spirit. May our covenant God be with you all!