The church year is in full swing here again. The children of the congregation are doing well in the three catechism classes on Monday nights, as we look at New Testament History (Beginners), Old Testament History (Juniors), and the Heidelberg Catechism.
Our Tuesday morning classes (which continued through much of the summer) have cov-ered the ceremonial laws in Leviticus 11-15 which treat uncleanness involving food, child-birth, leprosy, and bodily issues. It is good to dig into the Old Testament law and see references to these things in Israel’s history and prophets, as well as in the gospel accounts and epistles. It adds further depth to the Scriptures, and shows the glory of the cross and the spiritual liberty of Christ’s New Testament church.

The Wednesday night classes recently concluded our treatment of Belgic Confession 28 (www.cprf.co.uk/audio/belgicconfessionclass.htm). The 8 audios, entitled “Bound to Join a Faithful Church,” should soon be produced on CDs as volume 20 of our series of box sets on this great Reformed creed.

“The Life of Jacob” is the engaging subject of an on-going sermon series in Genesis (www.cprf.co.uk/audio/OTseries.htm). We have looked at the patriarch’s birth and its doctrinal significance, his finagling the birthright from Esau and hoodwinking of Isaac for the blessing, his amazing dream of the ladder at Bethel and his godly response to it, plus most recently the strange circumstances surrounding his marriage to Leah and Rachel, when he received some of his own medicine by being outwitted by greedy Laban.

Jacob Buchanan is now helping with the live streaming of our Sunday services, especially in the evenings. In the last few months, viewers have more than doubled and we have been get-ting some good feedback. Our UK times (11 AM & 6PM) are 5 hours ahead of US Eastern Standard Time (www.cprf.co.uk/live.html).

One of our local newspapers, the Ballymena Guardian, carried an article I sent them about our new season of classes and services (6 September). It is good to have opportunities to witness of the Reformed faith so that others may be brought to the rich treasures we enjoy in Jesus Christ. 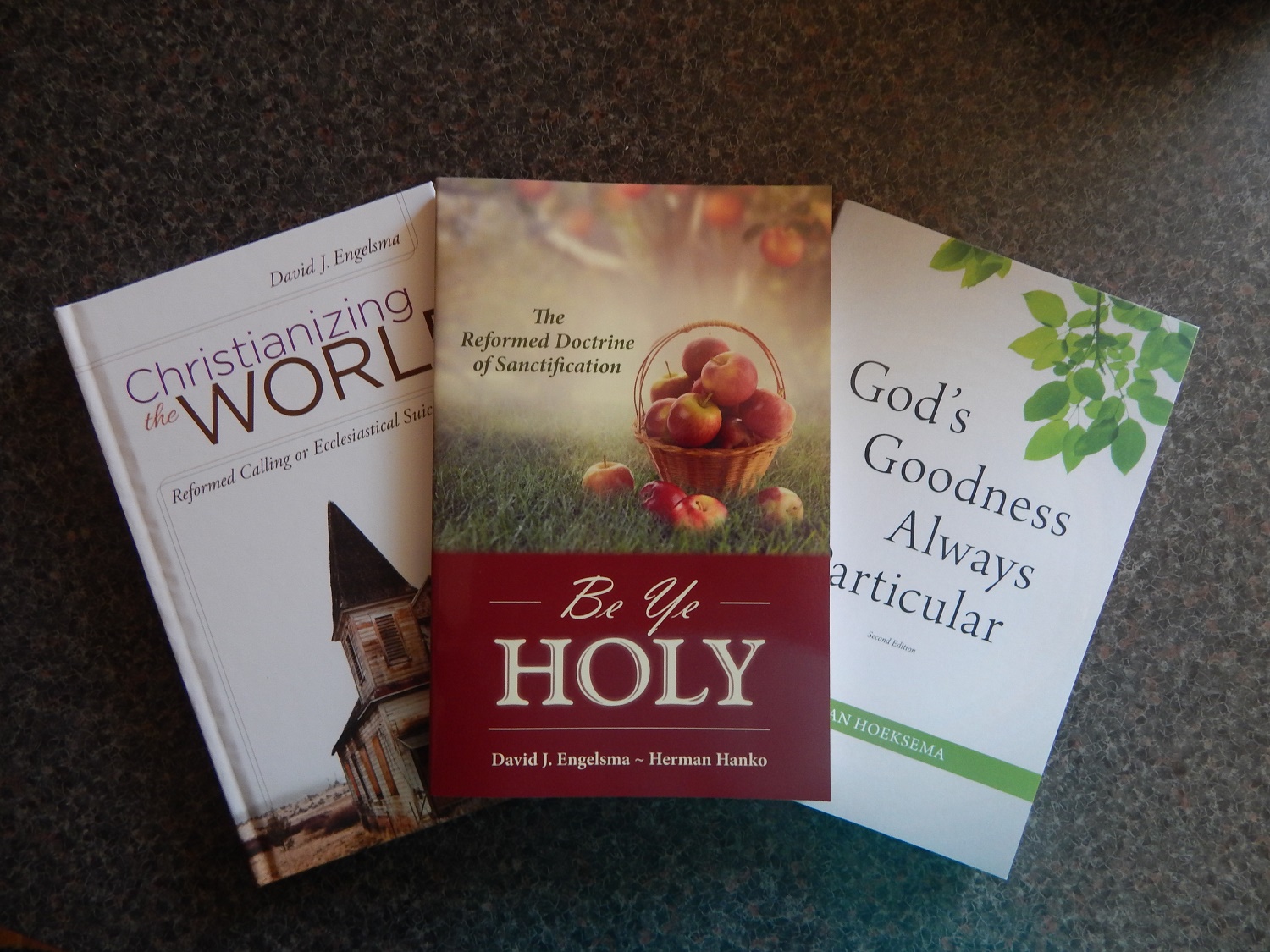 The CPRC Bookstore continues its work. We have had a good number of new titles in the last three months. Of these, our best-selling books are, in order, Be Ye Holy by Profs. Engelsma and Hanko (46), Christianizing the World by Prof. Engelsma, and God’s Goodness Always Particular by Herman Hoeksema.

Since mid-July and the British Reformed Fellowship (BRF) Conference in Northern Ireland, we have sold 25 box sets of “‘Behold, I Come Quickly’: The Reformed Biblical Truth of the End” and 22 other box sets of CDs or DVDs. The hard copy audio-visual catalogue we produced and posted out with the Covenant Reformed News in June is helping get the preached Word out.

We receive a lot of appreciation from the Lord’s people. A brother in England wrote, “A big thank you for the solid Reformed materials you kindly sent me. Doctrinal, Reformed, biblical truth is the bedrock of my faith in Christ alone. The CPRC is a great blessing to me. Wishing you God’s peace and blessing.”

It is also striking how combinations of materials over a long time can bring contacts. A lady in Northern Ireland, who has been receiving the Covenant Reformed News for years through a friend who passes his copies on to her, recently saw a 2013 (!) British Christian magazine’s review of Prof. Engelsma’s Federal Vision: Heresy at the Root. So she phoned us, dropped by at the manse, and bought three books and a box set of DVDs.

Others express their gratitude to the Lord for His truth financially. In the last two months, we have received £2,700 from five saints in Scotland, Australia, and England.

Our main website continues to grow (www.cprc.co.uk). Recently, Mary added to our “Articles” page three of my old seminary term papers, which her father managed to extract from an old floppy disk (remember them?). After making a number of improvements, “God Above Time,” “Postmillennialism and the Remnant,” and “Anselm’s Cur Deus Homo and the Reformed Doctrine of the Atonement” are now online.

Regarding translations, this past two months have seen another 23 added: 12 Hungarian, 5 Spanish, 2 Czech, 1 Indonesian, 1 Portuguese, 1 Thai, and 1 Tigrinya. All of this, plus putting weekly bulletins, the monthly Covenant Re-formed News, audios of services and lectures, etc., means that Mary puts in a lot of hours of work on our main website.
Our other on-line witnesses are also growing. We have about 700 subscribers to our YouTube page (www.youtube.com/cprcni) and over 2,200 likes on the CPRC Facebook page. Have you checked them out? 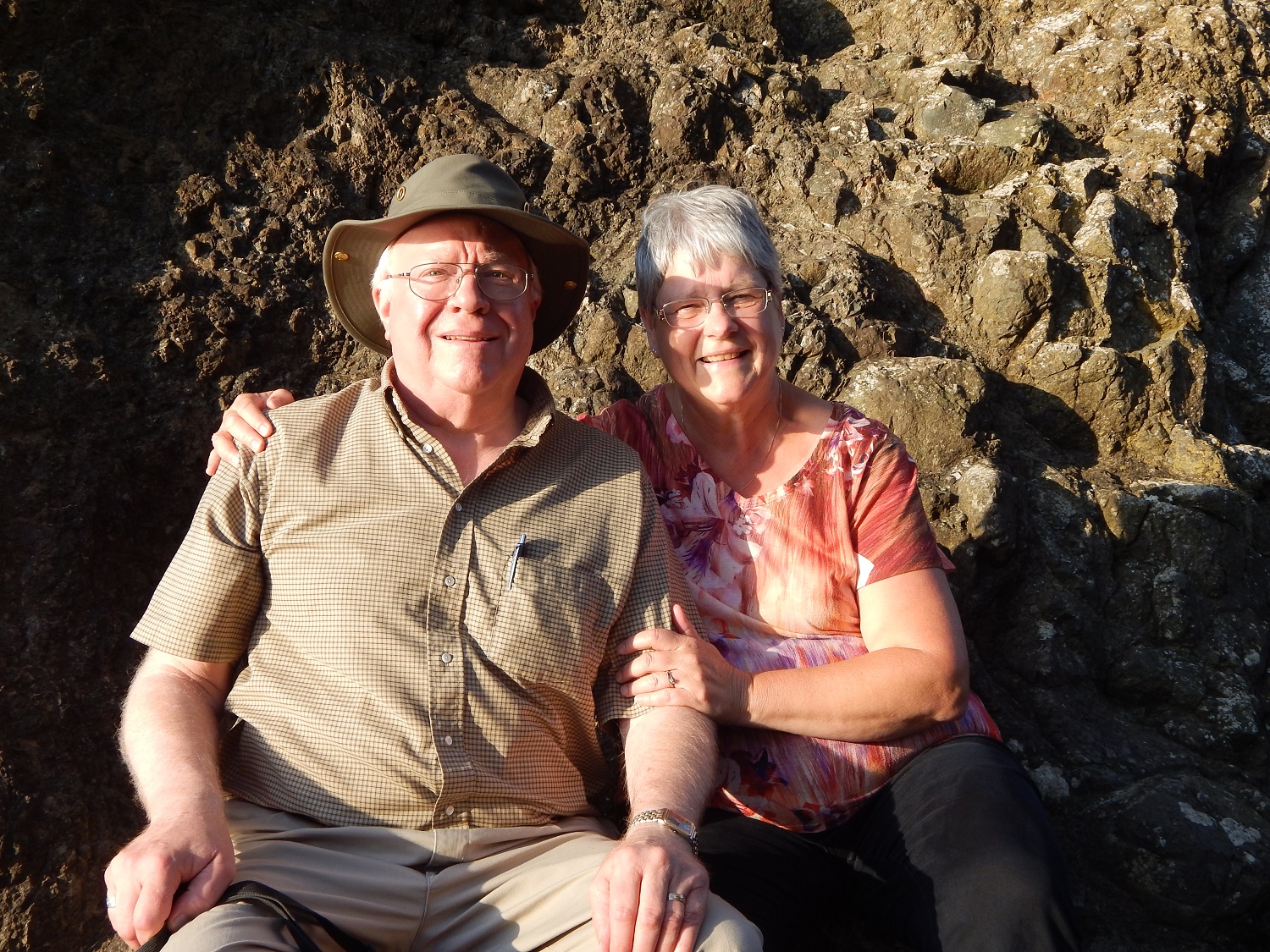 On 14 August, Rev. Michael DeVries preached for the CPRC, while Mary and I were in the Limerick Reformed Fellowship (LRF). This was the second of the three Sundays of Rev. McGeown’s trip to the US. It was good for the congregation to hear Pastor DeVries, some 9 years since his last visit. Mary and I spent some time with Rev. and Dawn on the north coast of Northern Ireland during the next two sunny days. They also joined us at our Tuesday morn-ing Bible class.

“Are Unbelievers in God’s Image?” was the subject at the lecture in South Wales (30 Sep-tember). Though a number of regulars told us that the date we had chosen would not work for them, we still had a decent number present, in-cluding some saints whom we had not seen for a while. Sales included 10 books and 4 box sets of CDs.

After the speech, we left off Timothy Spence, a CPRC member studying at Wales’ Cardiff University, at Hebron Hall (www.hebronhall.org). This is the Christian conference centre chosen as the venue for the 2018 BRF Conference on the family, with our main speakers being Prof. Engelsma and Rev. Andy Lanning! The gardens and the tennis courts look even better than they did in 2010 when we were last there. Maybe you should pencil in 21-28 July, 2018 for a week in Wales with the BRF?