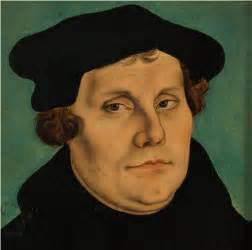 With this year, and now this month, marking the beginning of the 500th anniversary of the great Protestant Reformation, a number of CPRC activities are promoting this glorious movement of Christ's Spirit of truth.

We have had 9 sermons so far on Romans 4, the chapter in the Bible that contains the most systematic and doctrinal presentation of the Reformation gospel of justification by faith alone ( www.youtube.com/playlist?list=PL2Y5 Eq5r6y2H6AW_OWwxkj8n18-UulTzl ). It is an amazingly rich and comforting doctrine. Every time that I study justification personally and in my teaching ministry, I am struck more and more with the truth and power of this crucial article of our faith. Despite the devil's hatred of justification and his attacks on it through the Roman church, the New Perspective on Paul, and the Federal Vision, etc., the result is that the Holy Spirit stirs up God's true church and people to search the Scriptures more diligently, and so work a deeper conviction and consolation in us.

On Thursday, 28 September, I spoke on “Martin Luther and God's Saving Righteous-ness” in South Wales. It was good to have another opportunity to study the theology and life of the great German Reformer. Despite receiving apologies from 5 people or parties in the area who regretfully could not attend, we still had a fairly good attendance, and sold several RFPA books and box sets of CDs.

In the last 4 issues of the monthly Covenant Reformed News, I have been answering the question, “What Is a Protestant?” ( www.cprf. co.uk/crnews.htm ). A number of readers have remarked that they found these articles especially helpful and timely. There will be one more instalment on this subject, DV.

All around the world, the commemorations of the 500th anniversary of the Reformation held by apostate or departing or nominal Protestant churches are including Roman Catholics among their speakers. The Christian Reformed Church in North America is at this caper, for example, as are some churches in the Philippines, and it is the same, sadly, in Northern Ireland too. I wrote a letter to the Belfast News Letter exposing this sinful compromise in the Presbyterian Church in Ireland. A minister in that denomination responded to my two published letters and, hopefully, my third letter will be also printed later this week ( www.cprf.co.uk/articles/ pcireformationcommemoration.html ). If Martin Luther would have been utterly disgusted at this, what must the holy God of truth think of this shameful betrayal of His gospel (II Cor. 6:14-18; Rev. 18:4)!

Translations
Two new translators have begun their work for the CPRC website (www.cprf.co.uk/ languages.htm). One is a Russian believer in Belgium, who is helped by his Russian wife. The other is a brother in Australia, who is originally from Brazil and who provides us with Portuguese translations.

We added 21 translations in the last two months: 8 Hungarian (including a section from Prof. Engelsma's Gospel Truth of Justification), 4 Old Church Slavonic (3 ecumenical creeds and Lord's Days 1-12 of the Heidelberg Catechism), 4 Portuguese, 3 Russian (including Rev. Houck's pamphlet, “Jehovah the Savior”), 1 Tagalog, and 1 French.

We now have our first online video in French. A brother from Rheims in northern France added French subtitles to part 1 of a speech I gave in Wales in June entitled “N. T. Wright, Justification and the Reformation.” He is working on part 2. This means that we now
have some videos of speeches given in Italy, Portugal, Northern Ireland, and Wales translated into 4 languages: Italian, Portuguese, Hungarian, and French ( www.youtube.com/playlist?list=PL2Y5Eq5r6y2HmXGp8oXTSI2QS6_FJYjyJ ).

Varia
The new church season in the CPRC is well underway. We have 9 catechumens in 3 classes on a Monday night this year. This is much fewer than in most of your churches. This means that our children have nowhere to hide!

Our Tuesday morning Bible study covered the jubilee with its 3 main components: the release of slaves, the return of land, and rest from (some) agricultural labours (Lev. 25). Our Lord Jesus Christ preached Himself and His salvation as the jubilee in His hometown of
Nazareth in Luke 4 in fulfilment of Isaiah 61. Now we are studying the Passover, the feast most spoken of throughout the Bible.

Our Wednesday night Belgic Confession class is discussing the sacraments in Article 33. This too brings up the sixteenth-century Reformation because Martin Luther's Ninety-Five Theses, in critiquing indulgences, addressed Rome's so-called sacrament of penance and,
indeed, its whole sacramental system.

Justyn Perry, a brother from Lancashire in England, visited us earlier this month (6-9 October). It is striking how he came to hear about the CPRC. He told us that he has always had a special love for the book of Romans so, seeing a second-hand copy of Herman
Hoeksema's Righteous by Faith Alone in a Christian bookshop, he bought it. He had never read anything so good before and decided to check out the PRC on-line. He listened to a number of PR sermons on SermonAudio, starting with some by Rev. Dennis Lee. Then,
noting the PRC connection with the CPRC and our sticker at the bottom of the inside of the back cover of Hoeksema's book, he contacted me.

In its section on its alumni, The Graduate, the magazine for graduates and friends of Queens University Belfast, included an article and a photo of Rev. Martyn McGeown and his book Called to Watch for Christ's Return. The piece also gave the websites for the Limerick
Reformed Fellowship (LRF), the CPRC, and the RFPA.

Two ladies from the PRC are helping Mary to overhaul our website (www.cprf.co.uk). Given the size of our website, this is a massive job. If you or anyone you know has some time and some computer skills, and is able to do some data entry correctly, please email Mary
(This email address is being protected from spambots. You need JavaScript enabled to view it.). Carol Nienhuis of Hope PRC is enjoying the work. She allowed me to mention her name only if I thought it might encourage others to assist us.

We and the saints in the CPRC are looking forward to the arrival of Prof. and Mrs.Engelsma tomorrow morning. We replaced the two broken garage doors at the manse, and bought a large, new bed and sheets for our spare bedroom. We want to avoid the problem of
Isaiah 28:20: “For the bed is shorter than that a man can stretch himself on it: and the covering narrower than that he can wrap himself in it.”

Prof. will be speaking twice at a half-day Reformation conference on Saturday (21 October) and giving a speech on each of the following two Fridays, as well as preaching at both services on three Sundays. May the Lord bless these meetings, and the services and saints
in the PRC in the US and Canada!