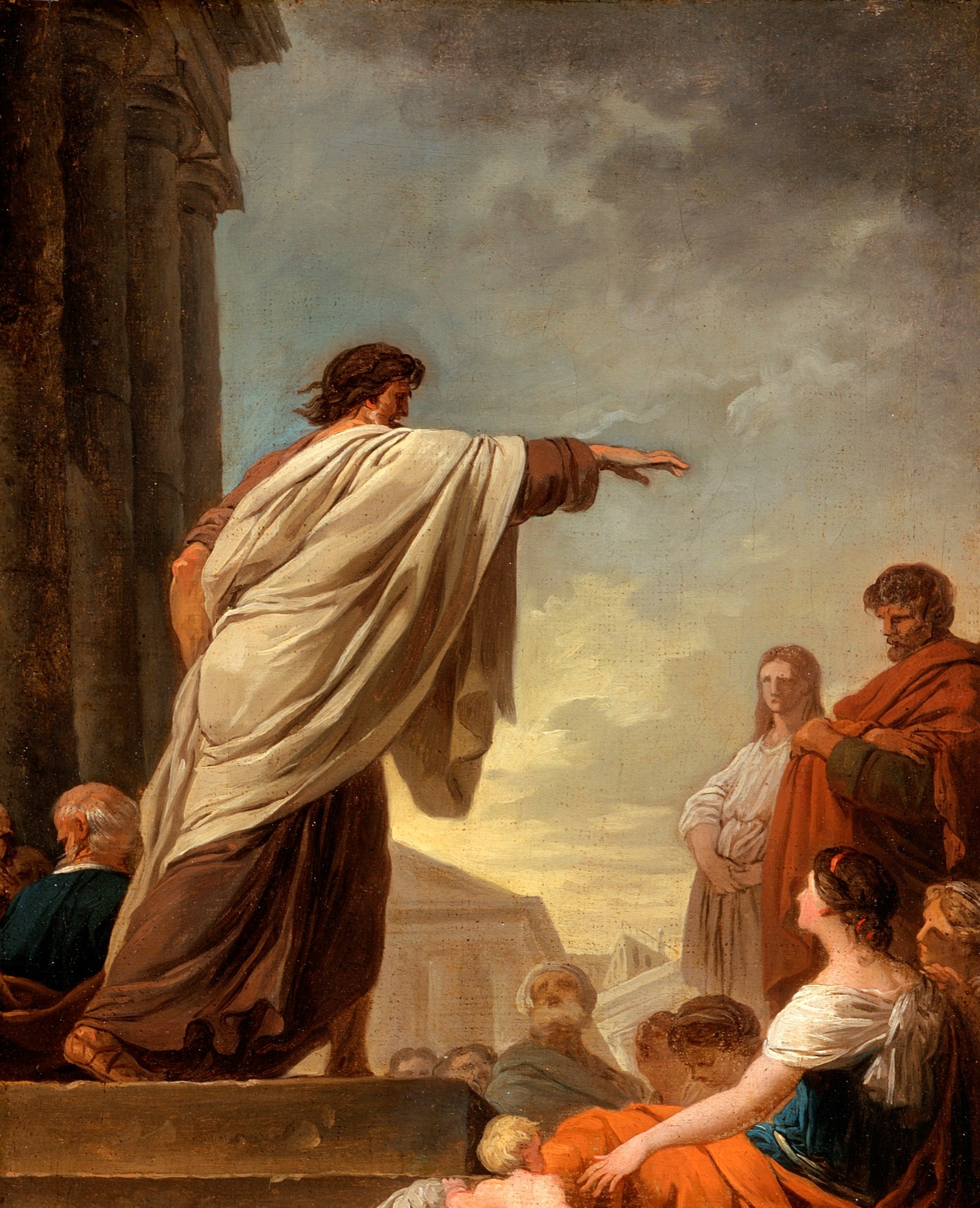 Paul Is Made a Minister

Whereof (the gospel) I was made a minister, according to the gift of the grace of God given to me by the effectual working of his power. Unto me, who am less than the least of all saints, is this grace given, that I should preach among the Gentiles the unsearchable riches of Christ.

The Apostle Paul cannot get over the fact that he was set apart in a special way to preach the gospel. It is a gospel in which he glories (Rom. 1:16,17). God had chosen him, the persecutor of the church, to proclaim the gospel of the grace of God in Christ. “I was made a minister.” That was the task that had been assigned to him, the cause that he had been called to serve according to the gift of God’s grace that was given unto him. The Apostle Paul had not taken to himself the distinction of being a gospel minister. The office with which he had been invested was a gift of God’s grace, something that is stressed over and over in Paul’s letters. How did it come to him? The Apostle says in vs. 8 that “God’s grace was given to me…according to the effectual working of his power.” How mightily that power of God had operated, and continued to operate in Paul’s life and ministry. The Lord receives all the credit for whatever Paul as a gospel minister had accomplished. How every gospel minister needs to understand this!

What was Paul’s estimate of himself? It was a very humble one; he was not proud at all! “Unto me, who am less than the least of all saints is this grace given…” We read the same things in I Cor. 15:9, “For I am the least of the apostles, that am not meet to be called an apostle, because I persecuted the church of God.” Again, the apostle says in I Tim.1:15, “This is a faithful saying, and worthy of all acceptation, that Christ Jesus came into the world to save sinners; of whom I am chief.” In our present passage, Paul does not give the reason for calling himself “less than the least of all saints.” But we come to a sensible conclusion that he says this because of his former or even current life. He was a persecutor of God’s people and considered himself the chief sinner. This sense of humility is also needed in pastors today as they mount the pulpit but also as they bring the Word of God from house to house. “I am the chief of sinners!”

The calling given to him was to preach to the Gentiles “the unsearchable riches of Christ!” These are riches that cannot be tracked or traced; unfathomable and unlimited resources of grace of God in Christ. There are ocean depths that can never be plummeted and treasure stores that are inexhaustible! But to proclaim to the Gentiles the unsearchable riches of Christ was only part of Paul’s task. His mission was broader. It was also to make all men to see “what is the fellowship of the mystery” that had been hid and now is revealed. Salvation is for both Jew and Gentile, by grace through faith. Now instead of fear between these two groups, there is trust. Gloom is replaced with gladness, hatred with love, separation is replaced with fellowship. This mystery had been concealed. Now, however, it was being revealed by the world-wide preaching of the gospel.

What an incentive for us to break-out from our exclusiveness. We seek to bring the gospel not just to Dutch middle-class folks, but to African, Asian, Indian, and South American peoples, wherever the Lord opens up a door for us! May “all men” be enlightened by the fellowship of believers that goes beyond one’s own culture and background. This is something God’s angels in heaven as well as the church on earth may wonder at: God’s manifold wisdom and purpose.

What boldness and access we have with God through faith. May the church boldly proclaim the truth of God’s grace and wisdom! Let us pray for and encourage young men to seek the ministry! May we pray for and appreciate the pastors that we do have! And let our pastors be humble men, not boasting of their gifts or lording it over the congregation. The privilege of bringing the gospel of Jesus Christ causes us to stand in amazement that God is pleased to use us for the gathering and building of his church!

More in this category: « A Thanksgiving Meditation: Satisfied! A Pastor’s Prayer for God’s People (Meditations on Ephesians) »