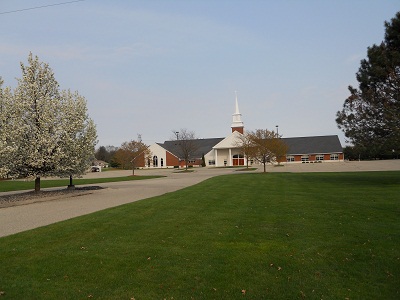 Classis East met for its first regular session of 2017 (meeting also in May and September) on Wednesday, January 11.

Below is the Stated Clerk's official report of this meeting (the last one Mr. Jon Huisken will submit - cf. below in his report).

Classis East met in regular session on Wednesday, January 11, 2017, at the Georgetown PRC. Each church was represented by two delegates. Present also were the synodical deputies from Classis West: Revs. S. Key, D. Kuiper, and N. Langerak. Rev. K. Koole was the chairman for this session.

The classis dealt first with the request from Faith PRC to organize a new congregation in the Jenison area which congregation will be known as Zion PRC.

With thanks to God, the classis approved this request and instructed Faith PRC to proceed with the organization of this congregation. The synodical deputies expressed concurrence with the decision of classis.

Classis considered an appeal from a brother who protested a decision of his consistory to admit non-Protestant Reformed believers to its communion table. At issue was whether the consistory followed the principles adopted by Classis East in 1945 to admit such people to the communion table. Classis East in 1945 decided that indeed non-Protestant Reformed believers could be admitted after the consistory was satisfied that those who requested admission reveal themselves as believers in their walk and conversation and are in good standing in their home churches. Further, it should be demonstrated that those asking permission do not have ready access to the table in their home churches. The brother contended that his consistory did not follow the principles adopted by Classis East in 1945; his consistory believed that they indeed had done so. Classis East decided not to sustain the appeal of this brother.

The report of the church visitors was received. The report indicated that the visitors found peace and unity in our churches.

Classis expressed its thanks to J. Huisken for his service to classis over these years and wished him Godspeed in the years ahead.

In other business, classis approved the 2018 subsidy requests for Wingham PRC ($41,000 – CDN) and Pittsburgh PRC ($99,000). Classical appointments were given to Holland PRC, Southwest PRC, and to the new congregation, Zion PRC.

In closed session, classis considered the request of a consistory for the erasure of a baptized member.