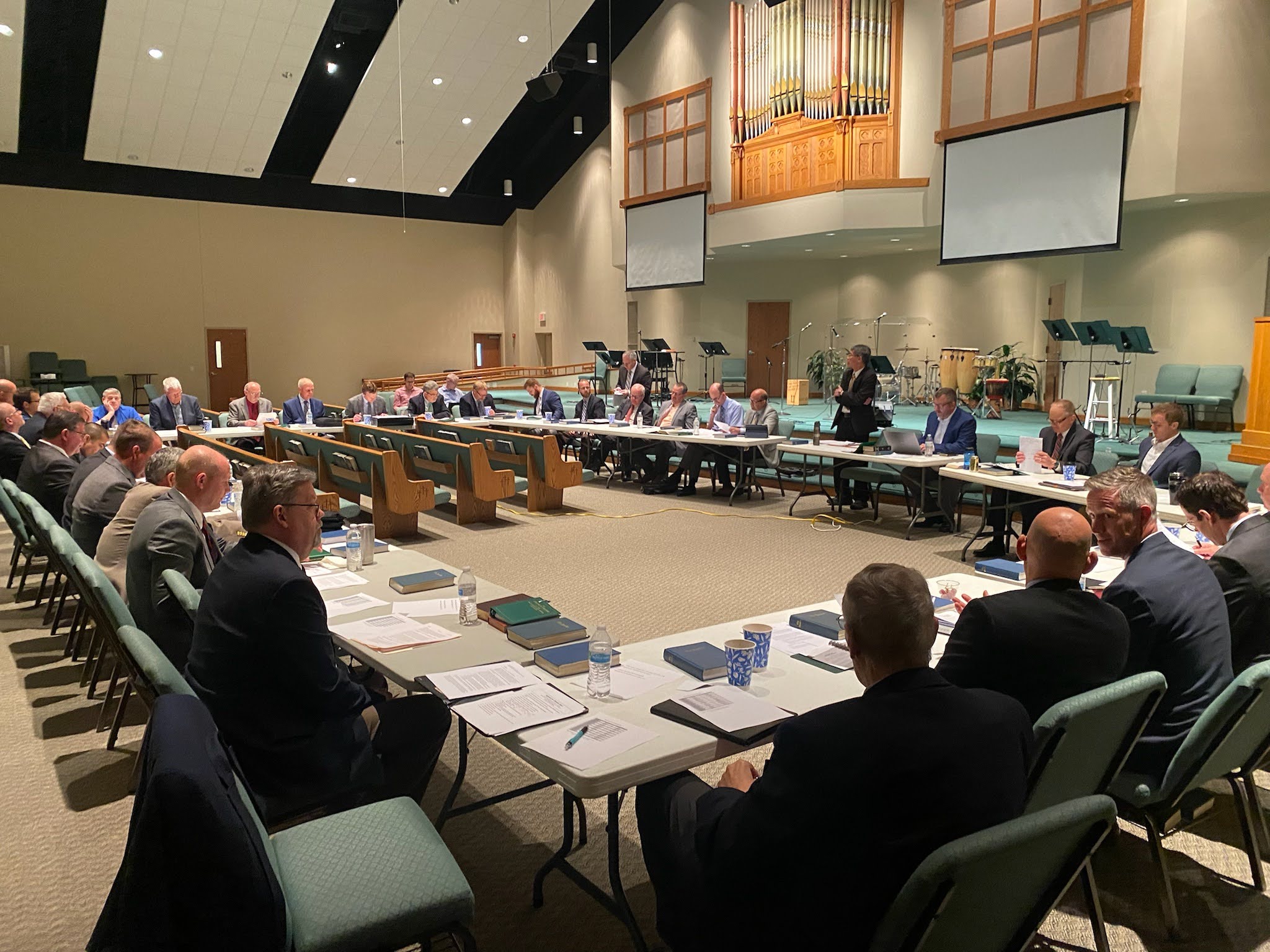 After Rev. Bill Langerak declared classis properly constituted, Rev. Dennis Lee assumed the chair and presided over the business of the meeting. Recognizing the importance of making decisions in harmony with Scripture as set forth in our Reformed confessions, classis requires every first-time delegate to sign the Formula of Subscription. Two delegates attended classis for the first time and therefore signed the Formula. Classis exercises mutual oversight by receiving answers from each member church to the questions found in Article 41 of our Church Order. Rev. Lee asked these questions and received satisfactory answers from the delegates representing the nineteen churches of Classis East. The stated clerk gave his report regarding his work over the last four months; classis approved his work. The reporter for the Classical Committee fell sick and was absent, which means the committee will have an extended report at the September meeting of Classis East.

Classis adopted a pulpit supply schedule for the two vacant congregations in the East, Grace PRC and Hudsonville PRC.  At its March, 2022, meeting, Classis West requested that Classis East assist in providing pulpit supply for one of its vacant churches. In light of a positive change in circumstances (Classis West has one less vacancy due to Rev. Marcus’s acceptance of the call to Peace PRC), the Classical Committee of Classis West sent a letter to Classis East withdrawing this request.

In previous sessions Classis East has appointed two special committees. One committee reported that it did not have a report on its mandate to propose changes to the rules of classis regarding the distribution of its agenda. The second committee brought a report regarding its study of how to handle sexual abuse cases to classis that was received for information. Classis thanked the committee for its work so far, encouraged the committee to continue its work, and looks forward to acting upon recommendations from the committee in the future.

Two consistories asked for the advice of classis before continuing in the work of Christian discipline applied to members of their congregations. Classis advised one consistory to proceed to the announcement of the name of an impenitent confessing member per Articles 76 and 77 of the Church Order. Classis advised the other consistory to proceed with the erasure of a baptized member who, though often admonished by the elders, continues to walk in sin.

Classis approved of the request of Rev. Carl Haak to retire from the active ministry after forty-three years of faithful service. Classis marked the occasion by giving opportunity for several delegates to speak appropriate words about Rev. Haak’s service to the churches, singing the doxology, and pausing from its business to allow the delegates to speak individually to Rev. Haak and his wife, Mary. By an official decision Classis East formally and sincerely “expressed its deep appreciation and thanks to God for the 43 years of Rev. Haak’s humble and godly leadership and active ministry in our churches.” Contingent upon the approval of Synod 2022, Rev. Haak’s retirement will become official on September 1, 2022.

The catering committee of First Holland PRC did an excellent job of taking care of the delegates during various breaks and lunch. The women well deserved the thanks expressed by the Chairman, Rev. Lee, on behalf of classis.

The expenses of the meeting totaled $1,161.56. For its next meeting Classis will convene on September 14 at Byron Center PRC. After the vote to adjourn the meeting, Rev. Lee closed with prayer. The delegates began leaving for home around 3:15 p.m.

We thank God for the unity of our churches expressed in the meeting and pray for God’s blessing upon the decisions.