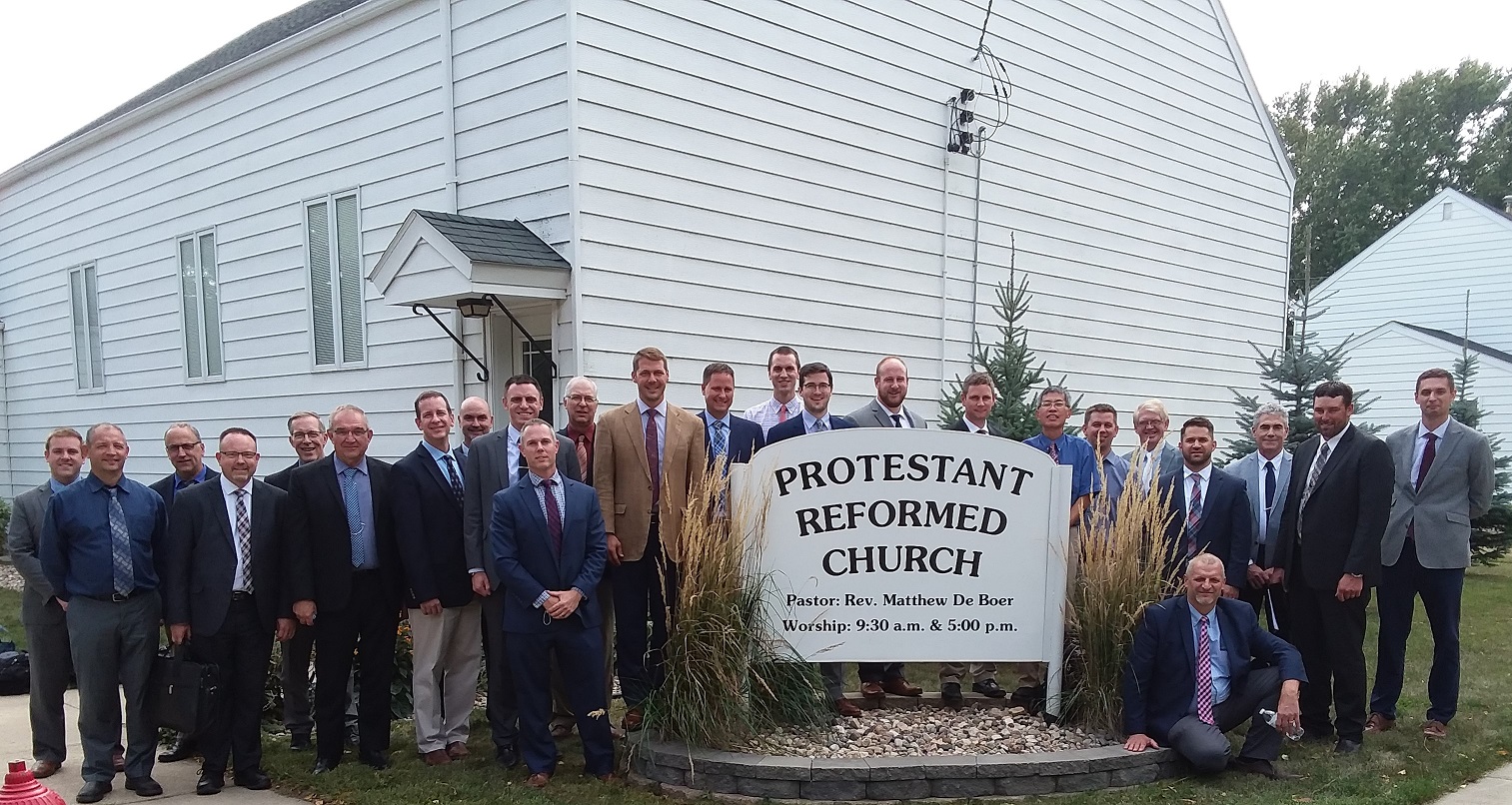 News Report of Classis West of the PRCA
Meeting September 23, 2020

Classis West of the Protestant Reformed Churches met on September 23, 2020, in Edgerton PRC (Edgerton, MN). The meeting was capably chaired by Rev. Matt De Boer (pastor of Edgerton PRC), who was serving in this capacity for the first time in his ministry.

Noticeably absent from the meeting were elder delegates from Immanuel PRC (Lacombe, AB) and First PRC (Edmonton, AB). These consistories were not able to attend the meeting due to the restrictions of the Canadian government with respect to COVID-19.

Routine reports from the stated clerk, the classical committee, and the reading sermon library committee were read and approved. A report from a special committee to assist a consistory was also received, their work approved, and the committee discontinued.

In closed session, a consistory sought the advice of Classis to increase the censure of two confessing members. Another consistory sought the advice of Classis to proceed with the erasure of a baptized member. After hearing of the impenitence of these individuals and the careful labors of these consistories, Classis took decisions to advise the consistories to proceed to further steps of Christian discipline.

Classis treated an appeal from an individual that objected to a statement in a sermon by his minister. Classis declared the appeal not legally before it on the grounds that the matter was not finished at the consistory level, that the individual had not researched and interacted with the decisions of recent PRCA synods that may touch on the matter, and that the individual gave evidence of not understanding the necessary function of the Three Forms of Unity in the process of protest and appeal.

In closed session, Classis treated an appeal regarding the work of a consistory. Classis ruled the appeal not legally before it because the requirements of Articles 30 and 31 of the Church Order had not been met.

Worth noting is that the Classis did not need to adopt a pulpit supply schedule, since at this time there are no vacancies in the Classis.

The next meeting of Classis is scheduled for March 3, 2021, in Hope (Redlands) PRC. The consistory of Hope (Redlands) PRC did inform Classis that they are located in a state with some of the tightest restrictions on gatherings due to COVID-19, and asked Classis either to appoint a different host church or to appoint an alternate host church in case they believe it is not possible for them to host. Classis appointed Peace PRC as an alternate host, and authorized the Classical Committee to make the necessary arrangements in consultation with the consistory of Hope (Redlands) PRC. All this, the Lord willing.