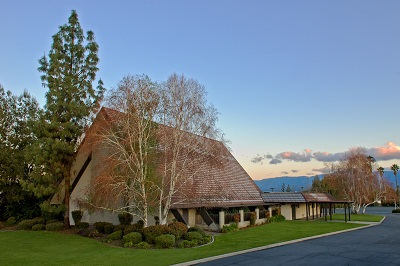 Classis West of the Protestant Reformed Churches met on March 2-3, 2022, in Hope PRC (Redlands, CA). This isolated congregation did an outstanding job of hosting the delegates.

The day before the meeting, an officebearers’ conference was held on the timely subject of the church of Christ. The first two speeches dealt with the government of the church, with Rev. M. Kortus speaking on “A Delicate Balance: The Relationship between Office of Believer and the Special Offices in the Church of Christ” and Rev. E. Guichelaar speaking on“The Autonomy of the Local Congregation and the Authority of the Broader Assemblies.” The two other speeches dealt with a proper view of the church’s sinfulness, with Rev. R. Hanko speaking on “A Proper View of the Church - Mother or Whore?” and Rev. J. Langerak speaking on “The Church’s Self-Reflective Response to Chastening.” Between the last two speeches the male chorus of Hope congregation sang several beautiful numbers. A very enjoyable day of instruction and fellowship was had by all!

The following day, Classis began with opening devotions led by the chairman of the previous meeting, Rev. E. Guichelaar. After Classis was legally constituted, Rev. S. Key assumed the chair.

Routine reports of the stated clerk, classical committee, and reading sermon committee were read and approved. The church visitors also reported on their work over the last year and the presence of unity, peace, and love prevailing in the churches in spite of the hardships of the last year.

Classis made a schedule of pulpit supply for the vacant congregations of Doon (IA) PRC, First PRC Edmonton, and Peace PRC (Dyer, IN). Due to the number of vacancies in Classis West, it was decided to ask Classis East for assistance in providing three 2- week classical appointments to Edmonton for the months of June through October.

Classis had before it a protest of decisions taken at the last meeting of Classis regarding not seating delegates from the former consistory of First PRC Edmonton and regarding the approval of the work of the church visitors with respect to First PRC Edmonton. Classis did not sustain the protest.

Having met until about 8:00 PM on Wednesday, Classis decided to reconvene until the following morning to give several committees of pre-advice time to work.

The next day, Thursday, March 3, Classis met at length, not finishing its work until 9:30 PM.

Classis treated in closed session an appeal of the discipline work of a consistory. After lengthy, careful deliberation, Classis did not sustain the appeal.

Classis also treated in closed session another appeal of the discipline work of a different consistory. After lengthy, careful deliberation, Classis did not sustain the appeal.

Classis approved the subsidy requests for 2023 for three churches and forwarded them on to Synod for its approval.

Classis will meet next in Doon PRC on September 28, 2022, the Lord willing.