The PRC Synod of 2016 had a long and busy day of discussions and deliberations Thursday, June 16. Below is the summary report of the day's decisions as provided by second clerk, Rev.A. Brummel.

Synod turned this morning to the material of the Contact Committee regarding NAPARC  Approval was given to the CC to accept NAPARC’s invitation and send two observers to the 2016 meeting and a mandate approved.  The work of the CC with Namibia and South Africa was approved and an encouraging update on the recent delegation.  Approval was given to the CC regarding continuing discussions with the PRC of the Philippines with a view to establishing sister church relations.

Next year synod anticipates the joyful prospect of many examinations.  Synod approved the TSC’s proposed concept for the student examination of 2017 of dividing the synodical delegates and students into two groups and shortening the length of the examinations according to a specific schedule.

Synod approved the work of the FMC in the Philippines and expressed gratitude to Rev. and Mrs. Daniel Kleyn for their faithful service.  Rev. Kleyn addressed the synod briefly.  The chair of synod had opportunity to personally thank him and encourage him in the labors. 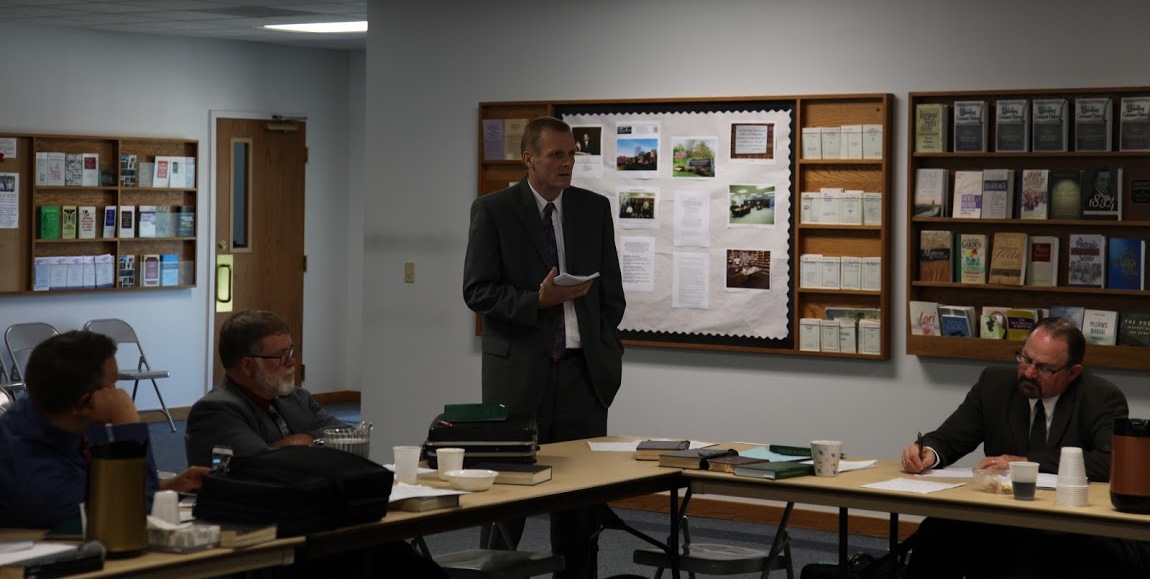 Synod treated the Neil Meyer appeal.  Synod did not sustain the appeal of Mr. Meyer in his contention that the sermon on John 14:6 taught a conditional covenant.  Synod declared that Hope’s consistory erred in their wholesale defense of the sermon in light of statements that were confusing and apparently contradictory.  Synod sustained the appeal of Mr. Meyer against the charge of Hope’s consistory and the decision of Classis East that he “maintains and teaches antinomianism.”

Synod concluded its business at 10 p.m. with the prayer that God would bless the decisions and continue to guide the delegates and all involved with wisdom.