The latest issue of The Standard Bearer  is out, and this year's special Reformation issue (October 15, 2014) is devoted to the important church father Augustine (AD 354-430). A wide variety of articles cover subjects from Augustine's life and Confessions  to his doctrines of predestination and marriage. See the cover image below for details on all the excellent, edifying articles which fill this issue.

Although it might seem a bit strange, at first blush, to devote the annual Reformation issue to a church father who died almost 1100 years before the great sixteenth century Reformation, we have good grounds for doing so. Our two main reasons are expressed well by the noted church historian Philip Schaff.

First, Augustine’s theology was foundational for the Reformation. In his History of the Christian Church, Schaff contends that “Augustine is, of all the fathers, nearest to evangelical Protestantism, and may be called, in respect to his doctrine of sin and grace, the first forerunner of the Reformation” (Vol. 3, p. 1021, his emphasis).

Second, among the church fathers, Augustine had unparalleled influence on the Reformers. In the same volume, Schaff maintains that “Augustine, of all the fathers, most resembles, in experience and doctrine, this very apostle [Paul], and stands next to him in his influence upon the Reformers” (p. 787). Well documented it is that Calvin, Luther, and the rest of the Reformers quoted none more than Augustine. The theology of the Reformation was a return to, and development of (the better parts of) Augustine’s theology – long discarded or perverted by the church of the Middle Ages.

In this issue we highlight a few areas of Augustine’s teaching – some predictable and foundational for the Reformation, and others a bit less well known. May God use it for the continued defense and development of Reformation truth. 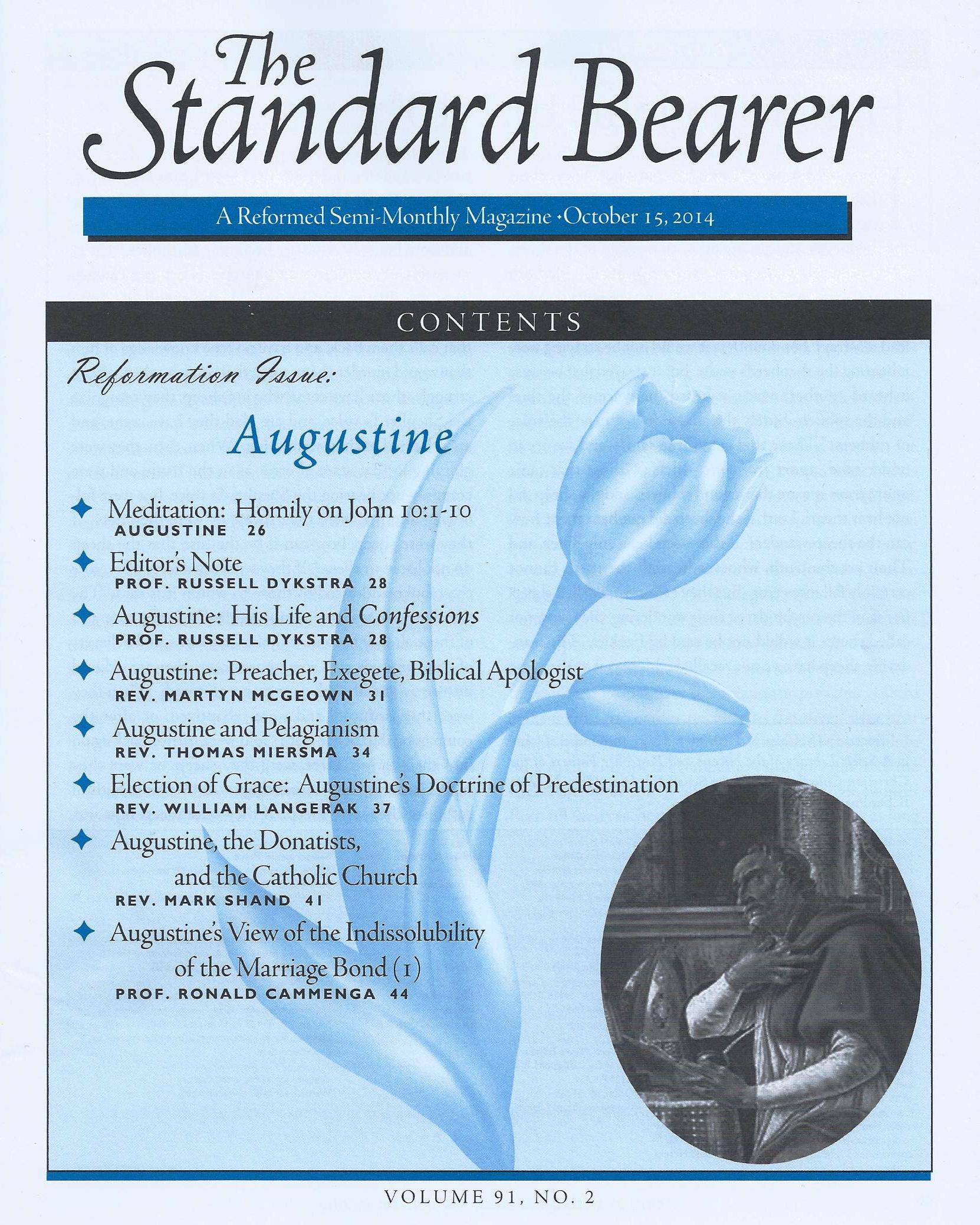 If you are not a "SB" subscriber, you are encouraged to become one. Visit the "SB" link above for more information on receiving this significant Reformed semi-monthly magazine published by the Reformed Free Publishing Association.

And if you are a subscriber, this is an issue that you will profitably read from cover to cover to learn why this servant of God was so vital to the recovery of the gospel during the great Reformation of the church in the 16th century!