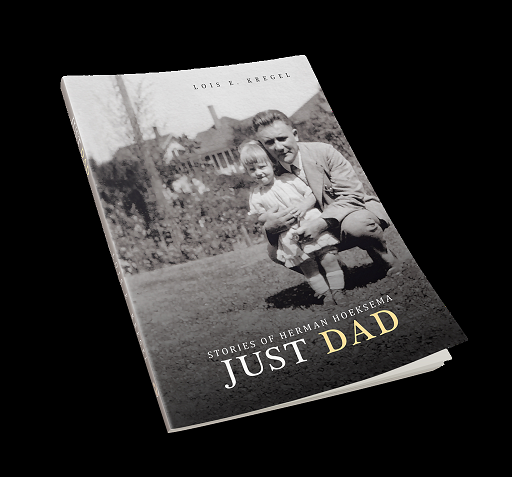 Filled with Lois's recollection of family life with this prominent Reformed pastor as her father and loaded with family photos, this book is sure to grab and hold your interest.

This is the publisher's description found on their website:

Many people are familiar with the public persona of Herman Hoeksema. As one of the leading theologians of the twentieth century, a seminary professor, the pastor of a large congregation, and a prolific writer, he was well-known in ecclesiastical circles, as well as in the world in general. But to his family he was “just Dad.” This anecdotal biography written by his youngest child records many stories about him, some perhaps familiar but others never before told.

ebook version available in .mobi format (for Kindle users) and .epub (all other devices).

The RFPA is also offering this special until the end of the year:

From now until December 31, 2014 place an order at our website and receive free shipping!

*Not valid on Bookstore or Wholesale orders.*

Visit the RFPA website today for all your gift-giving and library-building needs! And while you are doing so, consider joining the RFPA Bookclub!