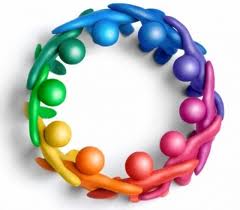 "But speaking the truth in love, may grow up in all things, which is the head, even Christ:
From whom the whole body fitly joined together and compacted by that which every joint supplieth,
according to the effectual working in the measure of every part,
maketh increase of the body unto the edifying of itself in love." Eph.4:15-16

Rather than attempt to maintain a list of links here, (duplicating the efforts of others), we list below only pointers to other places which are maintaining lists of Christian resources on the web. The following links contain much useful information, though not all in agreement with the position of the Protestant Reformed Churches.

Conservative, Reformed, English-speaking Churches in Europe
(This list is added to assist Reformed, English-speaking visitors to Europe.  The listing is not intended to be an expression of agreement with everything taught in these churches.  (To our readers: please send names and information on churches encountered in Europe that fit the above description.  Send to: webmaster@prca.org )

The links to the Bible Gateway were generated using a Perl script. If you have Perl available to you (I run it under Unix, but it also works with Windows95 version of Perl) you can try out my script on your own pages: convert_bible_refs.pl. For information on Perl for Windows95, refer to ActiveWare Internet Corp.'s web page, and to the Perl-for-Win32 FAQ.