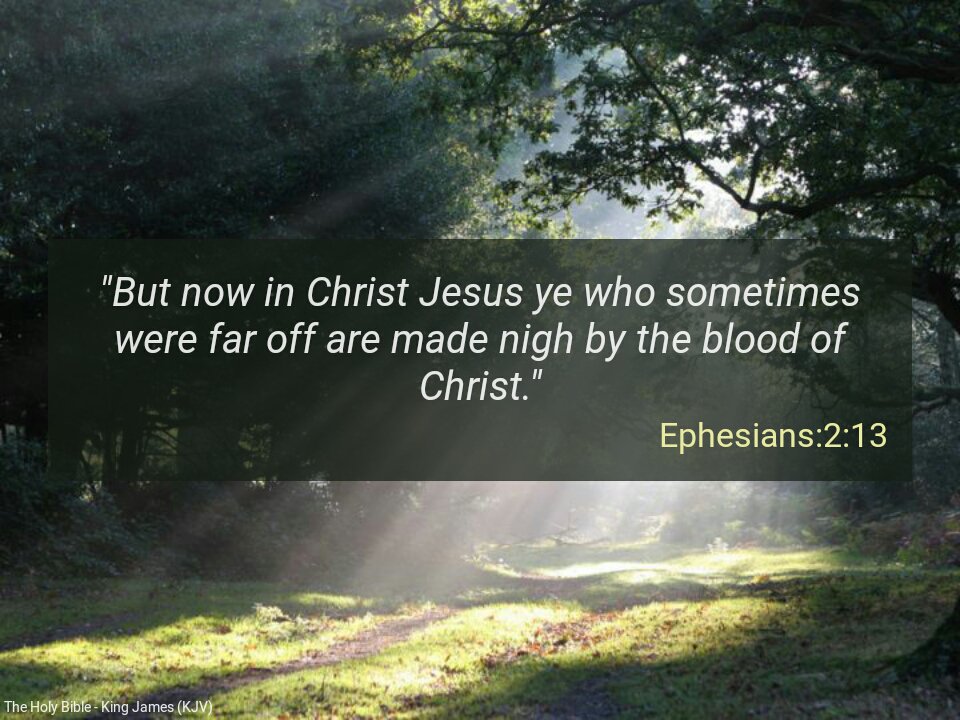 Once Far Away, Now Brought Near!

Wherefore remember, that ye being in time past Gentiles in the flesh, who are Uncircumcision by that which is called the Circumcision in the flesh made with hands; that at that time ye were without Christ, being aliens from the commonwealth of Israel, and strangers from the covenants of promise, having no hope, and without God in the world: but now in Christ Jesus ye who sometimes were far off are made nigh by the blood of Christ.

The Apostle Paul was writing to believers in Ephesus where the majority of them were Gentiles. Verses 11-13 belong together. They are two sentences and express one idea. This idea is first put forth negatively and then positively. Our text begins with the word, “Wherefore.” Paul linked this phrase to what went before, namely, that we are saved by grace alone. All the work of salvation is of mere grace, so that there is nothing left for us except to show forth the fruit of that grace. So no one can boast in himself, but only in God! Paul emphasized this truth by drawing attention to what these believers were in the past and what they are now in the present. He says, “Remember…” Constantly bear this in mind! Our salvation is all of God, even our walking in good works is proof of the grace and lovingkindness of God. Therefore, we must walk in love before God and to His glory.

This applies to you and me who are also Gentiles. What is our past and what is our present status as believers? It is a terrible past. The Jews before their conversion were, like the Gentile believers, “dead in trespasses and sins.” But the condition of the Gentiles was even worse. The Gentile believers were heathens in the flesh, separate from Christ, excluded from citizenship in Israel, foreigners to the covenants of promise, without hope and without God in the world (vs. 12).They did not have the Jews’ unique advantages. What was their present status? “But now in Christ Jesus ye who sometimes were far off are made nigh by the blood of Christ”(vs. 13). Once, before saved by grace, they were simply heathen in the flesh and did nothing but else but sin. They were called the Uncircumcision, meaning that they were not in and under the sphere of the covenant. Circumcision, done by hands, was the sign given to Israel. It meant that they belonged to the covenant of God. That was the outward sign. That, of course, does not mean that all of the Jews were circumcised spiritually, a circumcision of the heart!

What a difference there is in our past and now the present! Paul indicates a change in the situation as a result of God’s intervention. No longer cut off from Christ but as believers, we are now united to Christ. Yes, as the Apostle Paul wrote in vs. 4,5: “But God who is rich in mercy, for his great love wherewith he loved us even when we were dead in sins, hath quickened us together with Christ, (by grace ye are saved;)” Now we are “of God’s household…built upon the foundation of the apostles and prophets, with Christ Jesus himself being the chief cornerstone” (vs. 19-20).