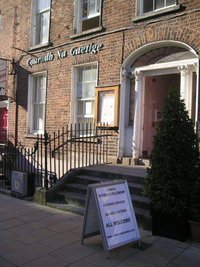 My last newsletter was July 25, so it is time for an update from Limerick.

As usual, I greatly enjoyed my summer vacation in the USA. It was good to fellowship with many of my friends in Christ, to attend and chaperone the Young People’s Convention, and to preach in various congregations. During my absence, Rev. Michael DeVries and his wife, Dawn (Kalamazoo PRC, MI), stayed in my home. Both the DeVrieses and the LRF gave many good reports about their visit.

After my return from the US, I administered the sacrament of baptism to our newest infant member, Felicity Kuhs (born June 11; baptized September 11). The sermon was “Washing Away Our Sins by Baptism” (Acts 22:16) and attendance was 22 with several visitors.

We have also been seeing more visitors of late. Three in particular attend quite regularly. One of them attended a few times between March and May 2015, and after the evening service of May 3, 2015, he, Manuel, Marco, and I had a lengthy, and at that time, unsatisfactory, conversation about predestination. He left with a copy of The Five Points of Calvinism (by Profs. Engelsma and Hanko, a BRF publication) and a few pamphlets. The next time I encountered him was in an email seeking to subscribe to the British Reformed Journal, whereupon I invited him to attend the LRF. (I did not recognise him from May 2015, but I found his name in one of my reports to the CPRC—one of the reasons we keep records of attendance on the Mission Field!). When he returned on September 4, he told me that he had been studying the literature we had given him and that God had opened his eyes to see the truth to which he had before been blind. Since then he has been attending regularly almost every service (Sept. 4 to Nov. 27). He is learning (or un-learning) a lot of things, about baptism, eschatology, the Christian life, and a host of other things. He is also keen to read more books, and has bought several titles (Christianizing the World, Prosperous Wicked and Plagued Saints, and Doctrine According to Godliness).

Such developments are always an encouragement, for we live in days of spiritual apathy.

I began a series on Christ’s healing miracles (“Miracles of the Great Physician”) on June 26. Yesterday, I preached on “The Raising of Lazarus” (sermon #18), so the series is almost finished. In the Heidelberg Catechism preaching, we have reached LD 20 on the Holy Spirit.

Our Bible studies and catechism classes continue. On Tuesdays, we are studying Romans and have reached chapter 9. On Thursdays/Saturdays, depending on the schedule of the Mansonas, we are studying Hebrews and have just started chapter 11. On Saturday morning, I teach Chester and Dale Mansona Essentials of Reformed Doctrine, and we recently started the section on Soteriology or the doctrine of salvation (Lessons 18-23). We recently had a test on Lessons 12-17 (Christology, the doctrine of Christ), which went well. I also teach my two eldest nieces (Anna [aged 9] and Lily [aged 6]) catechism via the Internet. We are studying New Testament for Beginners and have reached Lesson 11. Both girls are good catechumens, while Lily also provides moments of entertainment. Recently, we studied the healing of the nobleman’s son in John 4. Lily could not pronounce Capernaum so she said, “The man went back to Bethabonian and found his son as happy as Larry”!

We have also had two lectures in the last few months in our “Back to Basics” series—“Salvation” (September 24) and “The Christian’s Hope in Death” (October 22). I must remember the key to evangelistic speeches—short and simple! We would like to see better attendance at these lectures, but we do not lose heart when the attendance is poor. God’s word does not return to Him void, even when many choose not to listen to it (Isa. 55:11).

In my last newsletter, I mentioned that I have had some opportunities to witness by writing letters in the local newspaper, the Limerick Post. Between April and July, the Post published eight of my responses to Roman Catholics and atheists. Since then, the newspaper has published three more of my letters (October 22, November 12, and November 26) in response to atheists who attacked the veracity, consistency, and clarity of the Word of God. An atheist has also started a private email correspondence with me in response to what he read in the Post. The letters have been reprinted on the back of the bulletin and on the LRF blog.

Colder weather is coming and we have had some sickness in the LRF. Emily-Kate Kuhs was laid low with pneumonia for over six weeks in September and October, which is no easy trial for a mother of three young children. The group rallied round to help the Kuhs family as best we could. It is at such times when I envy the organised and well-equipped “Helping Hands Committees” of the PRC! Probably unconnected to that, I myself became ill in late October with the result that I completely lost my voice and had to cancel a speech in Wales on October 27 and could not preach on October 30. On that Sunday, the LRF had to watch the CPRCNI’s live broadcast on a laptop positioned at the front of the hall.

Christmas is also coming. Because last Sunday (November 20) Limerick had its annual ceremony of the official “turning on of the Christmas lights” in the city centre, the city was gridlocked with extra traffic. Traffic was so bad that Bill Davies, our oldest member (aged 81) was unable, after driving around the block six times, to find suitable, nearby, on-street parking, so he had to drive home again and missed the evening service. Such is the inconvenience at times of renting a hall in Limerick: parking is hard to find, and it will only get worse as the Christmas shopping frenzy continues. In addition, this year December 25 is on a Sunday, which means that the hall will be unavailable for rent. After I tried unsuccessfully to book a room elsewhere on that day, we have decided to worship in a member’s home on that occasion. Rev. Stewart and I will also be swapping pulpits that Sunday so that I can spend some time with my family in Northern Ireland. 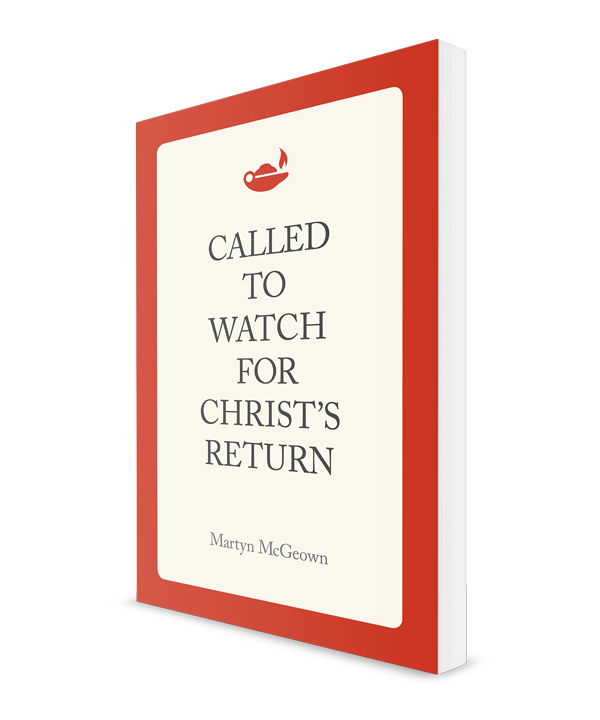 I am excited to announce my first book, Called to Watch for Christ's Return, which is an exposition of the Olivet Discourse (Matt. 24-25). Some time ago, the RFPA approached me to ask if I would consider writing a book for them using sermon series that I had already preached. After editing my sermons, I submitted a manuscript in March 2015 for their consideration. Finally, after many months of preparation (editing, proofing, typesetting, cover design, etc.), the book is ready for publication, and is available for pre-order at www.rfpa.org/. We hope to have copies in Limerick by Christmas, and Rev. Stewart plans to stock the book in the CPRC bookstore (DV).

Pray for us as we do you.
In Christian love,
Rev. Martyn McGeown