Last week, as we were finishing our Tuesday evening Bible study, I received a phone call. Jimmy Hogan, a regular at our Bible study and at our Sunday evening services since 2013, had just passed away. He was 66 years old and had suffered for many years with ill health. Although the Bible study group was initially stunned and saddened, it was fitting, I thought, that the news came when about 10 of us were gathered together at one of Jimmy’s favourite events, the Bible study. Jimmy loved the Bible study: he began attending in October 2013 when we started studying the book of Revelation (he had a keen interest in eschatology and especially the rapture, although eventually he was weaned off “rapture theology”). He was present during our studies of Revelation, Hebrews, Daniel, Romans, Ezra, Nehemiah, Esther, and part of First Peter. By God’s grace he learned more in our Bible study than he had ever learned in the rest of his Christian life. 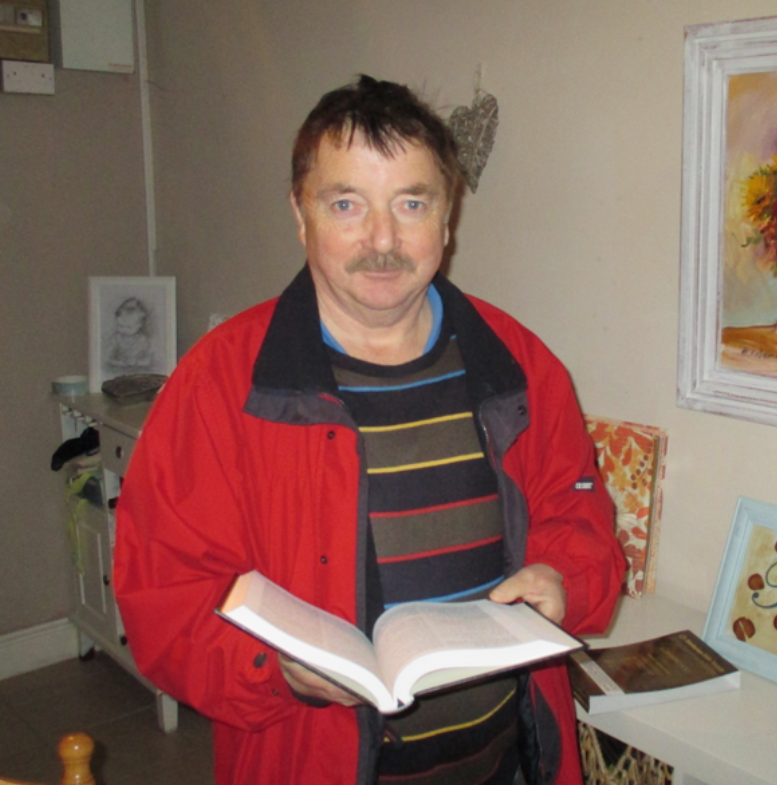 On the last day that I saw him, speaking through a mask, he “thanked the LRF from the bottom of [his] heart for everything that [we] had done for [him]” and he “thanked the Lord for opening [his] eyes to the truth.” When Jimmy first came to the LRF, he believed in “whosoever,” as he put it. For years he struggled to reconcile “whosoever” and “election” especially when he compared John 3:16 with Romans 9. In fact, on one of his first visits to the LRF in April 2013 he gave me an anti-Calvinist book (A Calvinist’s Honest Doubts Resolved) to read, to which I wrote a response at the time on the LRF blog: “Dave Hunt’s Dishonest Rant Against Calvinism.” When I visited him in hospital, he had his Bible and a copy of my book, Grace and Assurance: The Message of the Canons of Dordt, by his bedside. Only a few weeks ago, as we were reading I Peter 2 in our Bible study, Jimmy’s eyes lit up and he exclaimed, “Peter was a Calvinist!” Moments like that give us fond memories of Jimmy.

Jimmy’s death was quite sudden in the end. On Sunday February 17 he suffered a fall in which he broke his collarbone. Larisa and I visited him in hospital twice that week, where we heard him asking his doctor whether he was a Sunni or a Shiite Muslim! (Jimmy could speak to anyone about anything, even potentially embarrassing subjects). On the following Friday he was transferred to ICU where he died the next Tuesday. Larisa and I were able to visit him on the Saturday before he died. Jimmy’s hospitalization was announced in the LRF bulletin, but we did not expect him to die so quickly. Nevertheless, it pleased the Lord to take him shortly thereafter.

Because Jimmy was never a member of the LRF, although he had been connected to us from 2013, I took no part in his funeral arrangements. His wife is a member of a different Christian fellowship in Limerick and their elders conducted the service. A good number from the LRF attended his funeral.

Jimmy’s death has left a void in the LRF: Jimmy was a character, and a humble, gentle soul, as anyone who has visited the LRF will be able to testify. We will certainly miss him.

The work on the mission field continues. The young man I mentioned in the last newsletter is now a regular attendee at our worship services and Bible studies and is growing in the knowledge of the truth. His great desire and prayer to God is to see his family come to saving faith. On December 9 I began a series on “Jesus’ Farewell to His Disciples in the Upper Room” on John 14-16, the “Upper Room Discourse” of Jesus, which is a very profound and beautiful section of God’s Word. After nine sermons in John 14 we began chapter 15 yesterday with “The True Vine and Its Branches” (John 15:1-3). In Heidelberg Catechism preaching we have reached the section on the Ten Commandments. Yesterday I preached on the Third Commandment (LD 36).

Some months ago Larisa and I encountered a curious procession in Limerick city centre: a parade commemorating the martyrdom of Imam Husayn (626-680 AD), who was the grandson of Mohammed. A company of Muslims with a police escort travelled along one of Limerick’s main thoroughfares while a man, presumably an Islamic cleric, intoned through a microphone that “Imam Husayn is the continuation of Moses, the prophets, and Jesus: if you follow Jesus you should follow Imam Husayn.” This happened on the busiest day of the week, Saturday afternoon, when the city is usually abuzz with shoppers. It made me wonder where Ireland is heading when Muslims can freely organize a public procession of this nature. I heard several people around me muttering under their breath: “It feels as if I have just walked into the Middle East!”

The Limerick Reformed Fellowship also has a city centre presence, albeit not with a police escort or loudspeakers. Instead, we have purchased a table, a couple of chairs, a sign, and some pamphlet racks. Several of us stand at the table in order to advertise our presence: we do not preach or make any noise. We arrange literature on our table, mostly tracts that I have written, such as “In Debt to God,” “What About Mary?” “Islam and Christianity,” “What About My Good Works?” “I Am A Good Person!” “Justification by Faith Alone,” and “Jehovah’s Witnesses and the Name of God,” and offer it to passers-by or seek to speak to people about Christianity. Because the weather has been very poor, we have only managed to do this a few times (December 31; January 5; and February 23),
but we see it as a good way to make our presence better known (free advertising, if you will), and we have had a few interesting chats with people. “So then neither is he that planteth any thing, neither he that watereth; but God that giveth the increase” (I Cor. 3:7). 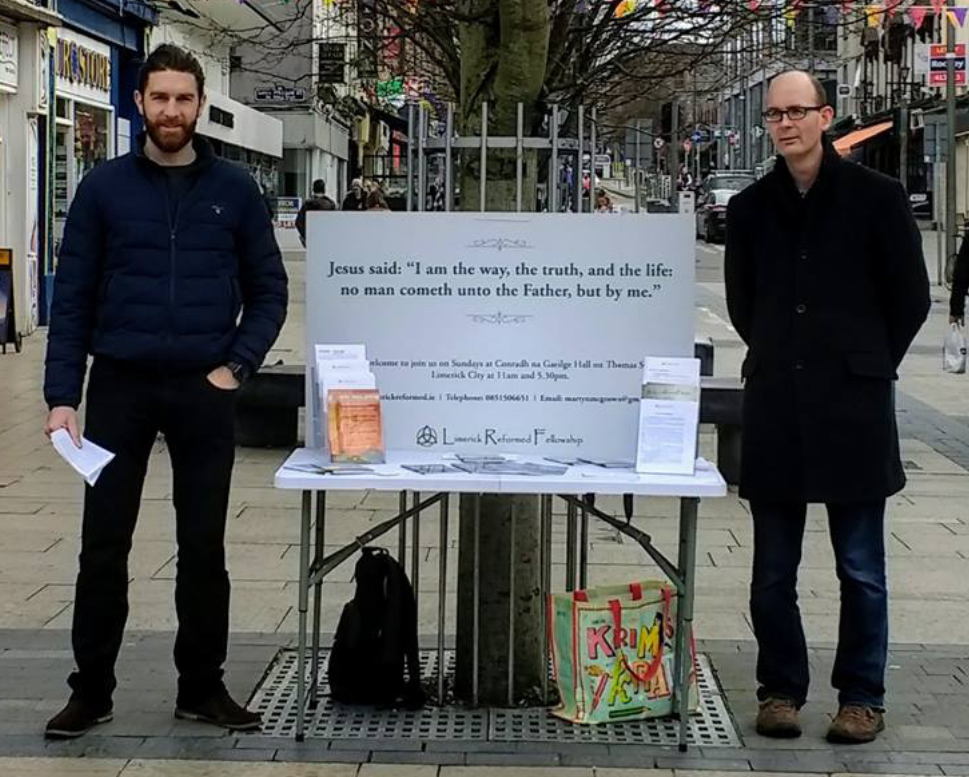 We thank you for your prayers, kind wishes, cards, emails, and other messages, especially over the Christmas season. Larisa especially enjoyed the Christmas cards and pictures: it is humbling and encouraging that many saints think of us and pray for us. Some people experienced problems with our address because of an error in the recent PRC directory. Please update your address books with 38 Abbey Vale, Corbally, Co. Limerick, Ireland, V94 K7ER.

Pray for us, as we do for you,
In Christian love,
Rev. Martyn and Larisa McGeown