For hundreds more PRC articles in many other languages, go here. 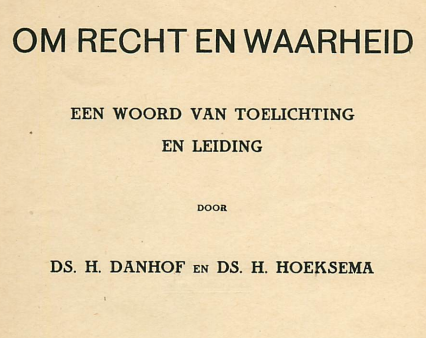 To read this early PRC publication on her rejection of common grace, see the attached pdf.

Herman Hoeksema (1886-1965) was born in Groningen, the Netherlands on March 13, 1886 and passed away in Grand Rapids, MI on September 2, 1965. He attended the Theological School of the Christian Reformed Church and was ordained into the minitry in September of 1915.

For an enlarged biography, see: Herman Hoeksema: Theologian and Reformer

Notes: You may also find many sermons of "H.H." at the RFPA website. And you may find copies in print of an entire set of "H.H.'s" catechism sermons here.