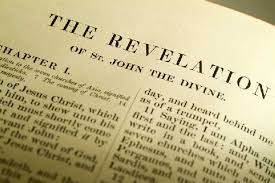 More in this category: « Christ, Tasting But Not Drinking Why We Have Two Sunday Worship Services »