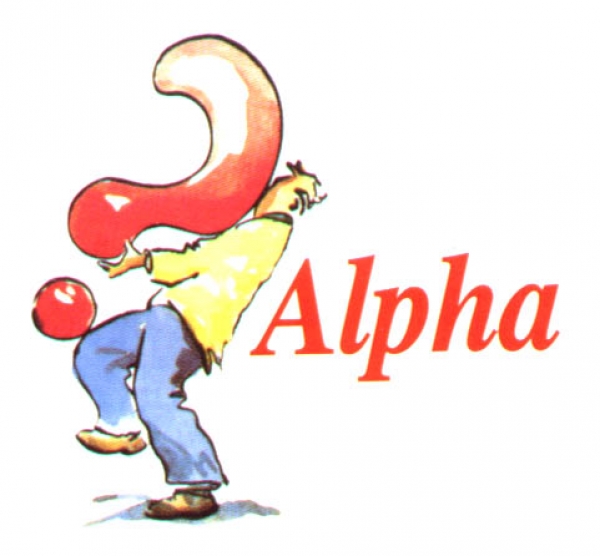 A critique of the Alpha Course, a popular Bible study used in evangelism.

There is no doubt that the Alpha Course is very popular. Almost every one has heard of it or knows someone who has been to it. It is estimated that 500,000 persons took the course in 1997, and there are people still taking it today.

Few, however, seem to be asking whether the course is biblical and teaches biblical truth. This must be done, especially in light of its origins and popularity. We must not believe every spirit, but try them whether they are of God (I John 4:1).

When the Alpha Course is brought to the test of Scripture, it falls far short—so far short that rather than recommending it, we must warn against it. It is our hope and prayer, therefore, that this pamphlet will be given to those who are taking the course or considering it, in order that they may not be mislead by it.

There are, we believe, especially four reasons why the Alpha Course needs to be rejected and avoided by God’s people. They are: (1) its ecumenical emphasis; (2) its Charismatic origins and teachings; (3) its other unbiblical doctrines; and (4) its lack of clear biblical teaching on many key points. The latter is, in fact, its worst feature.

What is Alpha Course?

For those who are not acquainted with Alpha some background is necessary. The course was developed and is distributed by the Holy Trinity Anglican Church, Brompton, west London. It was originally produced in 1979, but has since been completely reworked.

It is meant to be an evangelistic and “discipling” tool and there are different versions of the course, including one for young people. The basis course, however, consists of 15 lessons or Bible studies to be presented either by a leader or by videos over a period of approximately 12 weeks.

The lessons are quite short and are supposed to be taught in an informal fashion. In harmony with this, it is suggested that four of the lessons (8-11), considered to be the high point of the course, be taught as part of a “Weekend Away.”

The sponsors themselves say of the course, “We believe it is possible to learn about the Christian faith and have a lot of fun at the same time” (according to the author, “the church is meant to be a party”). To make the course “fun,” the fundamental doctrines of Scripture are distorted or passed over.

That Alpha is designed to be ecumenical is very evident. The author of the course himself tells us, “In one sense it is not so important what denomination we are—Roman Catholic or Protestant; Lutheran, Methodist, Baptist, Pentecostal, Anglican or House Church. What is more important is whether or not we have the Spirit of God.”

This ecumenical spirit is evident also in those who have endorsed the course. Some of them are: George Carey (Archbishop of Canterbury), Alistair McGrath (an influential Anglican scholar), Dr. J. I. Packer (of “Evangelicals and Roman Catholics Together” notoriety), John Wimber (founder of the Vineyard Churches), R. T. Kendall of Westminster Chapel (associated with the Toronto blessing and other heresies), John James (President of the Baptist Union), Steve Chalke and Gerald Coates (leading Charismatics).

Alpha’s broad appeal is possible due to a lack of clear biblical teaching. Thus, a Roman Catholic bishop has said of the course: “It doesn’t contain anything that is contrary to Catholic doctrine. What’s more, it provides in wonderful form the basis of Christian belief which many Catholics have never cottoned on to.” In harmony with this endorsement, many Romish churches and parishes are using the course. This alone ought to frighten all Bible-believing Christians away from the course.

Closely connected with its ecumenism is a strong Charismatic emphasis. The key question for the “Weekend Away” is “How can I be filled with the Spirit?” In answer, among other things, directions are given for receiving the gift of “tongues.”

Along the same lines the course teaches that God speaks to us through prophecy, dreams and visions. It promotes faith healing (a la John Wimber, whose books are recommended), and speaks of physical manifestations such as shaking, breathing “in the Spirit,” and warmth or heat in different parts of the body.

This Charismatic influence is due to the fact that Holy Trinity is a church which promotes the “Toronto Blessing.” In fact, the main purpose of the course seems to be to advocate the Charismatic movement and teachings.

Perhaps the worst feature of Alpha, though, is that is teaches so very little. This is the reason, we suppose, that the Roman bishop mentioned above could say that he found nothing in it contrary to Catholic doctrine. Many key doctrines of the faith are passed over completely or touched on only very lightly.

This is in harmony with Alpha’s stated purpose, i.e., to present the “gospel” in a “non-threatening” way, and to allow people to have fun while learning the “truth.” If the gospel is presented from Scripture in all its purity and truth it will never be fun for anyone.

The lack of sound teaching also fits in well with its strong charismatic emphasis—an emphasis that exalts feeling and experience over truth. Feeling and experience have their place. Nevertheless, we ought never to forget that it is the truth that makes us free, not feelings (John 8:32).

As far as specific doctrines are concerned, therefore, the course says nothing or next to nothing about such fundamental Bible teachings as justification by faith alone, election, the holiness and justice of God, the coming judgement and the wrath of God, the law, depravity, repentance, and the new birth.

This, of course, explains not only its broad ecumenical appeal but also its “success,” for the true gospel in teaching these things is both a savour of life unto life and of death unto death (II Cor. 2:15-16).

Perhaps the most notable omission, though, is any serious teaching regarding God Himself. That knowledge of God which is life eternal (John 17:3) is hardly to be found in the course. For example, the justice of God, fundamental to an understanding of sin, the cross, salvation and the coming of judgement is never ever mentioned in the course. The only thing taught is the love of God and that is distorted beyond recognition. It is possible, therefore, to take the whole course and remain almost entirely ignorant of the God of Scripture.

What the course does teach is more often than not misleading or downright error. Though the Trinity is mentioned, far more time and teaching is devoted to the Holy Spirit than to God the Father or even to Christ, in spite of what Christ says in John 16:13-14.

In its teaching concerning salvation, Alpha is thoroughly Arminian and free-willist, teaching that God loves everyone, that Christ died for all without exception, that faith is man’s decision.

Thus, too, sin is presented primarily in terms of “messed up lives,” of unhappiness and other problems, but never clearly in terms of offending God and breaking His law. Really only the evil consequence, not the guilt of sin, is emphasised.

The authority and sufficiency of Holy Scripture are undermined by the teaching that God speaks still today “through prophecy, dreams, visions and other people.” Tongues and miracles are promoted as the evidences of the Spirit along with physical heat and other such phenomena, instead of the true “fruit of the Spirit” mentioned in Galatians 5.

The “gospel” presented in the Alpha Course is another gospel, not the “good news” of salvation through Jesus Christ, by the sovereign grace of God and through faith, the gift of God. May God preserve His church from such teaching.