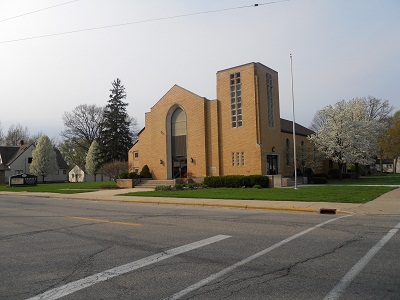 Classis East met in regular session on Wednesday, January 13, 2016 at the Trinity PRC.  Rev. M. DeVries was the chairman for this session.  Each church was repsented by two delegates.  Three pastors were absent; one was in Northern Ireland, one in Australia, and one in the Philippines.

As is usual for the January classis, voting for delegates to synod and other functionaries was done.  Elected as delegates to Synod 2016:  MINISTERS: Primi:  G. Eriks, C. Haak,

In other voting, Rev. Koole and Rev. Bleyenberg were elected to serve three-year terms as delegates ad examina primus and secundus respectively.  Revs. J. Slopsema and R. VanOverloop were elected as church visitors with Revs. A. denHartog and M. Devries as alternates.  Rev. K. Koole was reappointed to a three-year term on the Classical Committee.

Classis heard the appeal of a brother who maintained that his pastor, in a sermon on John 14:6, was teaching a conditional covenant.  He was also appealing his consistory’s charge that he was guilty of antinomianism.  Classis did not sustain this appeal.  Classis maintained that the brother had misrepresented his pastor’s sermon and that the charge of teaching antinomianism should stand.

Classis dealt with a request from a consistory to increase censure to the second step for one of its members.

Classis will meet next on Wednesday, May 11, 2016 at the Providence PRC.